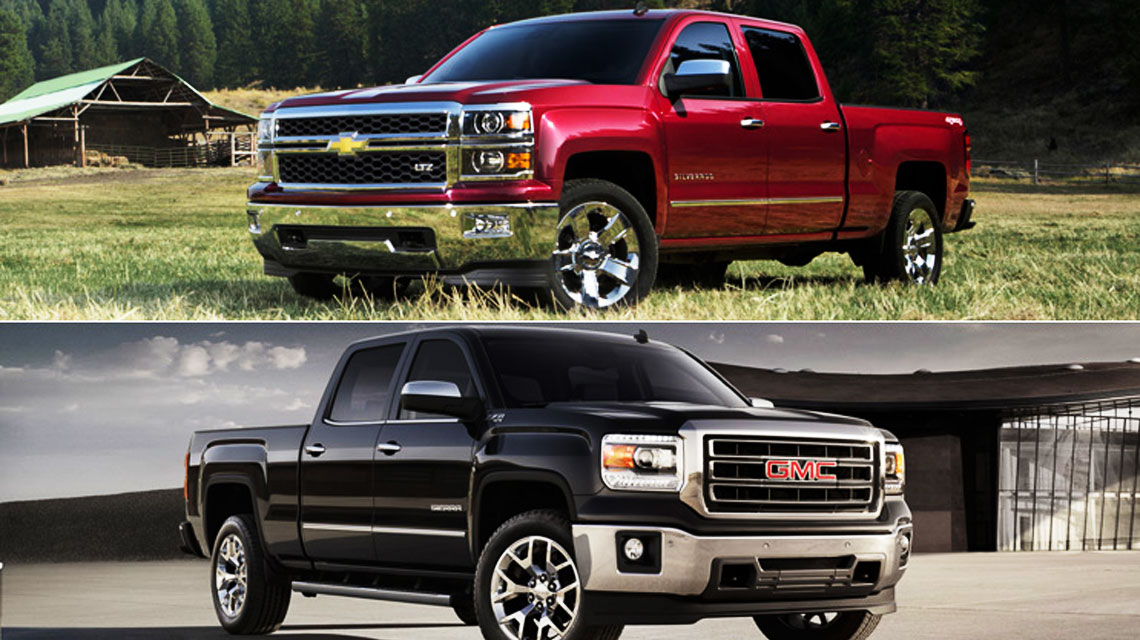 The 2014 Chevy Silverado and 2014 GMC Sierra are here, and drivers in Cedar Rapids and Iowa City can come out now for a free test drive.

We’ve watched the videos and we’ve seen the images, but to truly appreciate the redesigned pickups’ tough stance and reworked interior, you need to see it for yourself.

GM’s trucks are now the new benchmark of full-size pickups.

Inside, outside, under the hood, below the cabin; no matter where you look, you’ll find innovation and intelligence on the 2014 Silverado and 2014 Sierra.

From a safety standpoint, the trucks have a wide range of features, including 4-wheel anti-lock brakes, passenger airbags, traction control, and turn signals in the side mirrors.

The 2014 Chevy Silverado and 2014 GMC Sierra first made their public appearance in mid-December.

Since the first day that we got a glimpse of the all-new trucks, we have been waiting to get a first-hand look at the redesigned exterior and innovative interior.

The 2014 Sierra (left) and Silverado with GM North America President Mark Reuss at the debut event on Dec 13th, 2012

Based on initial reviews, performance and capability numbers, as well as a huge buzz around the automotive fan-base, we know that these trucks are going to be one of the most popular vehicles for the 2014 model year.

If you are interested in driving one of the first 2014 Silverados or 2014 Sierras in town, you need to act now!

Call McGrath Auto today at 877-226-0908 to learn more about our excellent service and superior inventory, which now includes the 2014 Chevy Silverado, the new standard in full-size trucks.

More of these trucks will be coming soon. Check out our Current 2014 Truck Inventory to see what’s in stock right now.

You can even email us at sales@mcgrathauto.com and we’ll reach out to you with more information.