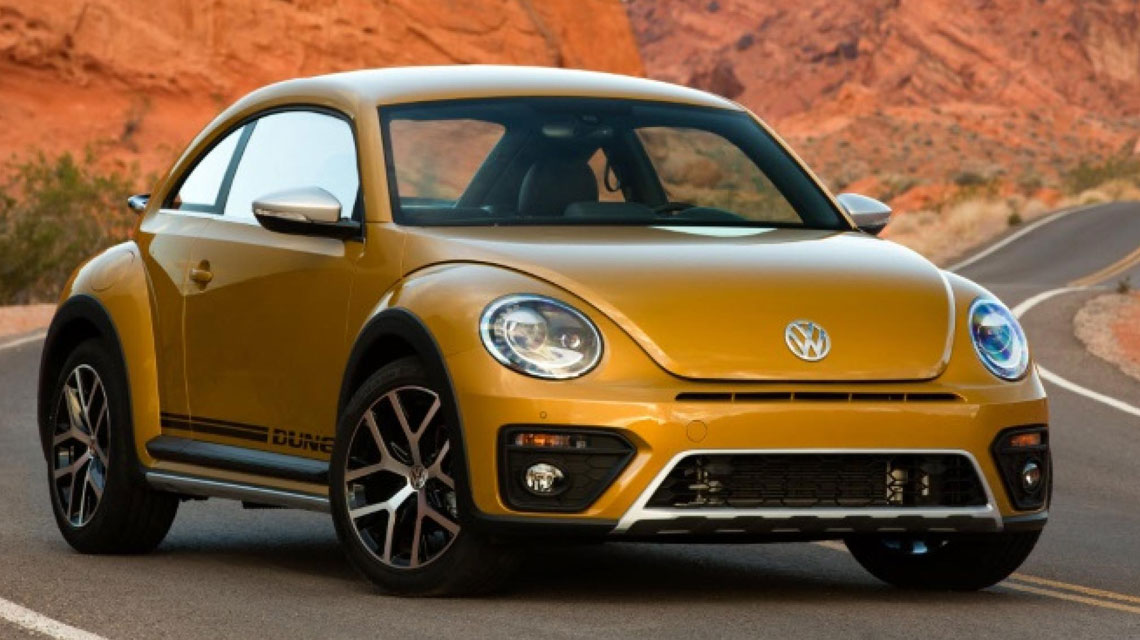 The edgy 2016 Volkswagen Beetle Dune is inspired by the Baja Bugs from the 1970s, while featuring improved technology and a more unique design. 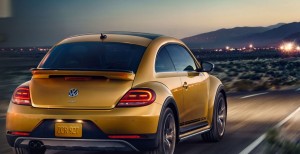 The difference between the Baja Bugs and the Beetle Dune is that the front bumper has a large central air intake that widens towards the bottom, the black wheel-arch extensions that flow into the bumpers and a large rear spoiler. Also, the new Dune has been raised .4-inches and the stance has been raised .6-inches.

The Dune is equipped with a 1.8-liter turbocharged four-cylinder engine with a six-speed automatic transmission. The Sandstorm Yellow Beetle has a wider track and a raised suspension to make it more sporty. New LED taillights, a new wheel design and black honeycomb front grille make this Beetle bold.

The interior features sport seats, an instrument with yellow accents and a flat-bottomed steering wheel that displays the Dune badge.

Be connected with the Volkswagen Touchscreen Modular Infotainment Platform (MIB II) with Car-Net App-Connect. App-Connect allows you to access your smartphone’s apps (like Spotify, Skype and Audible) through the infotainment system. Learn more about App-Connect.

The Beetle Dune coupe will go on sale in the first quarter of 2016, while the convertible will be available in the third quarter.

For over 60 years, McGrath has served the Cedar Rapids and Iowa City area with high quality vehicles and unmatched prices.