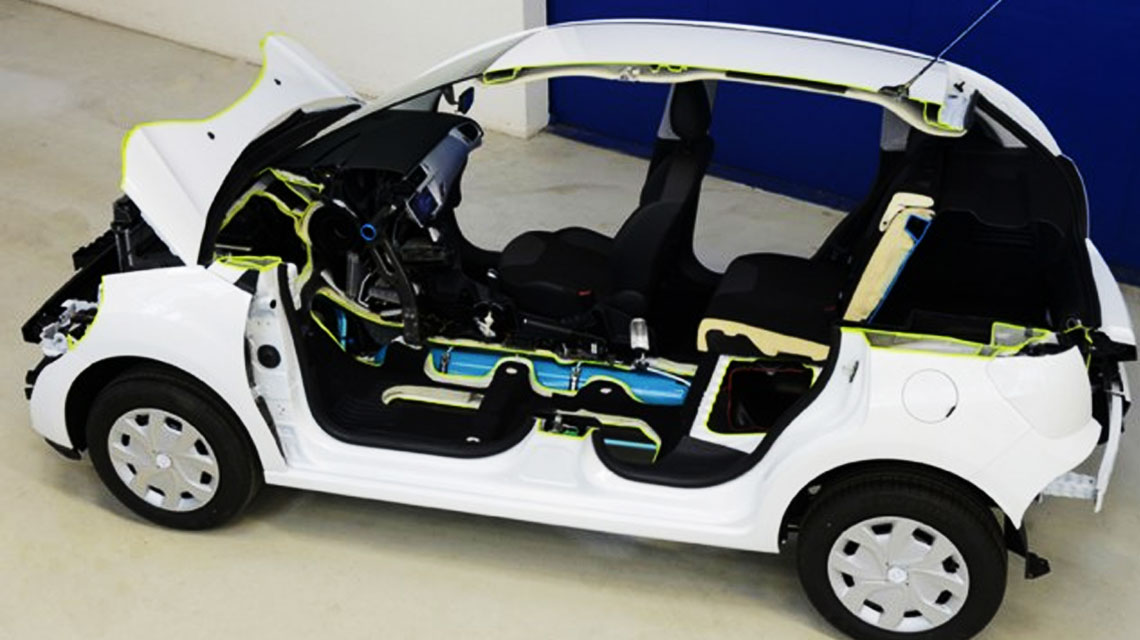 According to French auto manufacturer PSA Peugeot Citroen, there could be hybrid air-powered cars on the road in three years. The engineers and scientists at PSA say the cars could be on the road by 2016 and reduce gas usage by as much as 45%!

The French carmaker says GM is likely to use the technology as part of an alliance with the two companies.

The system is somewhat similar to a hybrid electric vehicle because it uses two systems. Basically the vehicle uses a normal gas engine coupled with cylinders that collect and store energy in the form of compressed air. The energy is used to propel the vehicle, reducing fuel consumption and the amount you spend at the pump.

The system would run on air, gas, or a combination of the two.

This is actually not the first time an air-powered vehicle has been brought up. According to most experts, however, this is the first time it seems to be a real possibility. With GM getting into the mix, we’re excited to see what’s in store for the next few years!

The innovative system is expected to be significantly cheaper than electric powered hybrids, reducing the initial price of the cars, something that has held back EV sales.

PSA says it had over 100 scientists and engineers working on the air-powered car under top-secret conditions in Paris. The company says that by 2020, their cars could be achieving an average of 117 mpg.

There is also a lithium-air battery being researched by IBM, which could increase battery range ten-fold.

We can’t wait to see how these vehicles will change things in the future. One thing is sure; the future of cars and engines is going to be extremely interesting!

Interested in a new car? Email us at sales@mcgrathauto.com and we’ll reach out to you with more information.