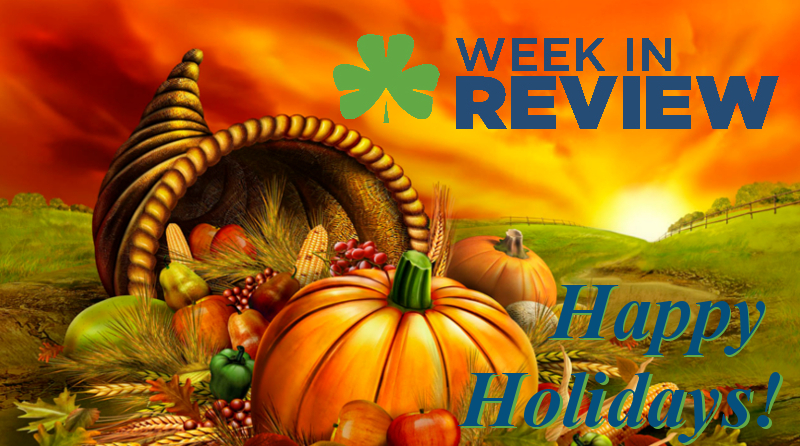 The week of Thanksgiving has been full of car news and events. While much of America has slowed down for the holiday, the automotive industry has continues full-steam ahead.

This week’s top stories include a delay for Chrysler, more recalls for the Ford Escape, and the end of the line for an Italian super car.

Find out who won a major design award, and what Ram trucks has created for “The Farmer in Us All”.

No IPO for Chrysler before New Year’s: Leaders at Fiat, owner of the Chrysler Group, have announced that there will be no initial public offering for The Chrysler Group, maker of Jeep, Dodge, Chrysler, and Ram. The automaker still hopes to have an IPO, but the necessary steps will not by met by the end of 2013.

GM President Would Love a Performance Sonic: Mark Ruess, GM North America President, said he would love to see a powerful, high-horsepower version of the Chevy Sonic subcompact car. The Sonic is the 2nd best seller in the segment, and Chevy is already putting performance-inspired Sonics on the floor, with sporty features like rear spoilers and 18-inch aluminum wheels.

End of the Line for a Lamborghini Icon: The final Lamborghini Gallardo, a 574 Spyder model, is heading to a private collector. The super-car Gallardo was built for 10 years, with 32 special editions on more than 14,000 units produced, making it the most successful model in the Italian automaker’s history. If you need to know, the current Gallardo starts at $191,900 and goes up to $259,100.

Two Ford Escape Recalls  Bring Tally to 7: Fire danger is leading to two more recalls for the Ford Escape, bringing the total number of Escape recalls to 7. The ongoing recalls effect 161,000 2013 Escapes  with 1.6L engines are being called back to to engine fires, while 12,000 more Escapes are being recalled to address concerns related to improper installation of fuel-lines.

Ram Releases Farmer Photography Book: Continuing the “Year of the Farmer”, Ram Trucks is releasing a portrait book featuring images of America’s farmers taken by world-class photographers. The book contains over 240 images and conveys the theme of Ram’s popular “So God Made a Farmer” commercial which aired during the 2013 Super Bowl. Learn more here

Call McGrath Auto today at 877-226-0908 to learn more about out large inventory and excellent service.

We are proud to serve the hard-working people of Cedar Rapids and Iowa City, so give us a call today!