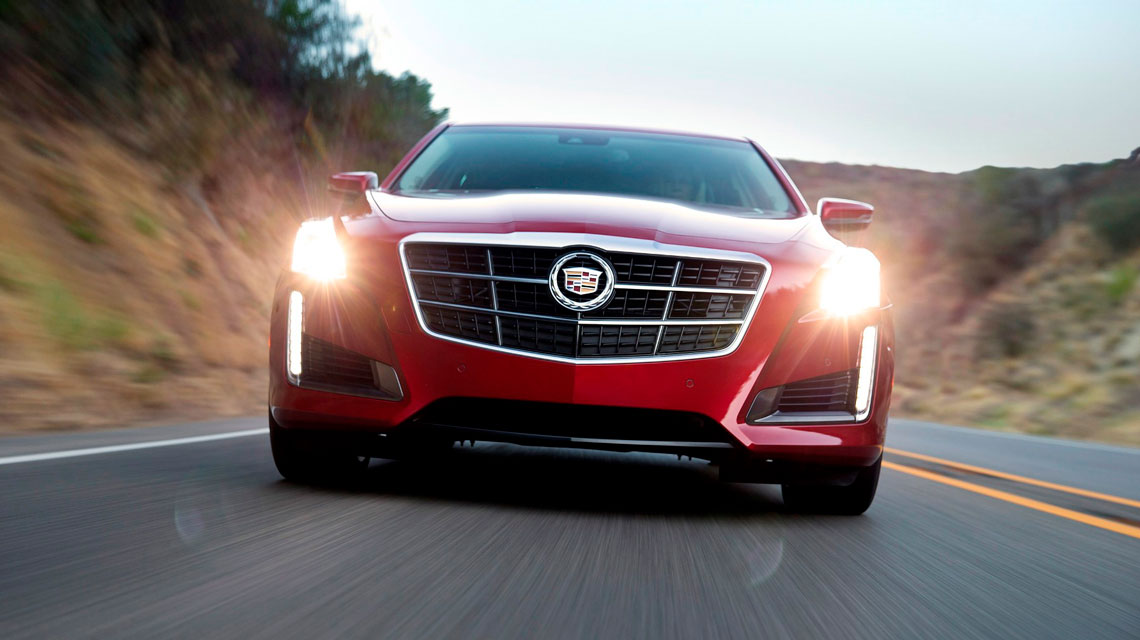 The reengineered 2014 Cadillac CTS is getting some first-ever technology for a Cadillac vehicle.

The direct-injection, intercooled, all-aluminum engine will reach 430 lb-ft of torque running on required premium fuel. The turbo-charged engine will give the CTS a 0-60 time of 4.6 seconds and a top speed of 170 mph.

According to GM, the 118 hp per liter will make the CTS the most power-dense 6 cylinder in the segment.

The powerful engine will be connected to an 8-speed automatic transmission that will be capable of skipping one or more gears to provide better fuel efficiency and smoother performance.

The 2014 Cadillac CTS will also have paddle shifters on the steering wheel for manual shifting control.

Cadillac CTS Getting a First for the Brand

The turbo-charged V-6 will be the most powerful of three engine options for the 2014 CTS. The other engines will be an entry-level turbo-charged 2.0 L four-cylinder, and a mid-level naturally aspirated 3.6L V6.

While other versions of the CTS, as well as other Cadillac vehicles, will be available with all-wheel drive, the turbo-charged V-6 CTS will only be available in rear-wheel drive.

A twin-turbo 2014 Cadillac XTS with is expected to be seen later in the fall. The 2014 XTS will be available with front wheel or all-wheel drive, and is expected to debut at the Los Angeles Auto Show. So far there is no information on the XTS’s transmission.

The New York Auto Show, where the 2014 Cadillac CTS will be unveiled, begins March 29th.

We are proud to serve the area of Cedar Rapids, Iowa City, and Waterloo.

If you are interested in owning a high-powered 2014 Cadillac CTS, call McGrath Buick GMC Cadillac at 319-393-3300 for more information.

You can even get started right now by filling out a Pre-Approval Form. We specialize in helping people with bad credit or no credit, so work with us today!