Cadillac has unveiled the Elmiraj Concept in California, giving a glimpse of the future design path for the luxury brand.

While the elongated length and large 4.5L V8 engine create an impressive, head-turning machine, one of the most interesting features on the concept car is relatively small: the brand logo found on the grille.

Cadillac took the current logo, removed the surrounding wreaths and widened the existing shield by adding gray and silver squares on either side.

Back in July, reports had been swirling that Cadillac would release an updated logo.

Cadillac’s Logo: Is this the Future?

Actually, no one truly knows if this is the future of Cadillac logos. Even the designers and decision-makers at General Motors don’t know exactly what the future holds, as this logo, as well as other design themes from the Elmiraj Concept, will likely be tested, reviewed, focus-grouped, poked, prodded, and meticulously analyzed before landing on a production-model Cadillac.

The logo does, however, give a hint at Cadillac’s future design plans, and provides strong evidence that Cadillac intends to drop the wreaths. 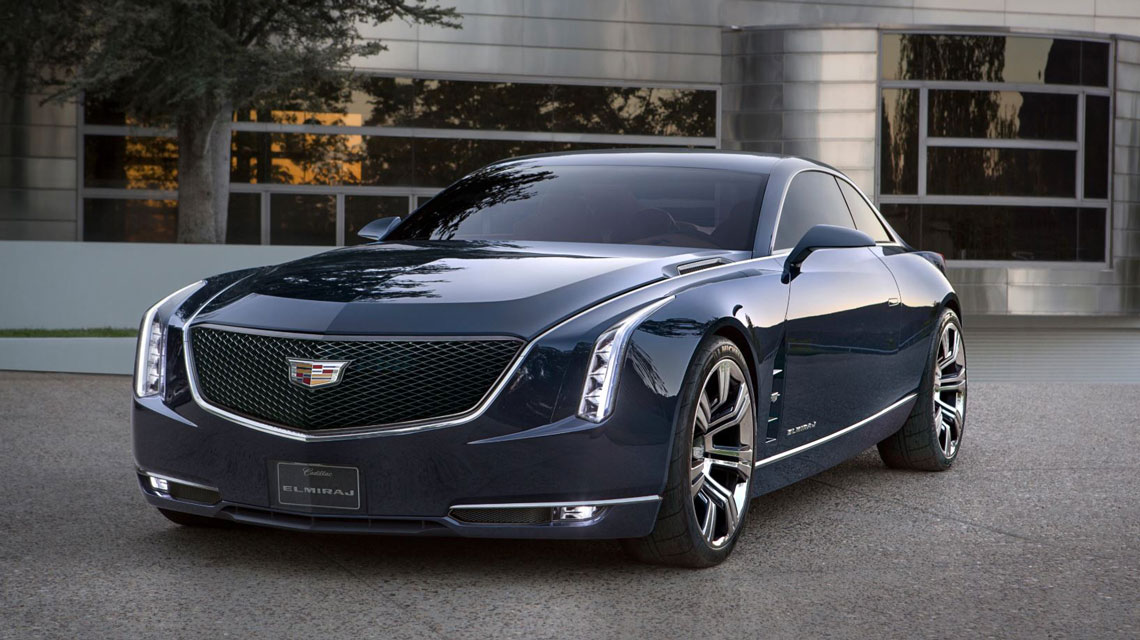 The vehicle debuted at the Pebble Beach Concours d’Elegance, an automotive charity event with a focus on classic luxury and artistic cars.

The Elmiraj is sporting a 4.5L twin turbo charged V8 that delivers an estimated 500 hp. The car has a long bumper-to-bumper profile, with 205 inches from end to end.

It is constructed on the chassis and structural elements of a Cadillac vehicle slated for future production, although that vehicle has not been specified by GM.

Call McGrath Buick GMC Cadillac today at (319) 393-3300 to learn more about our tremendous service and large inventory of new and used Cadillac vehicles.

If you have any questions about Cadillac vehicles, fill out a Contact Form and we’ll reach out to you with more information.