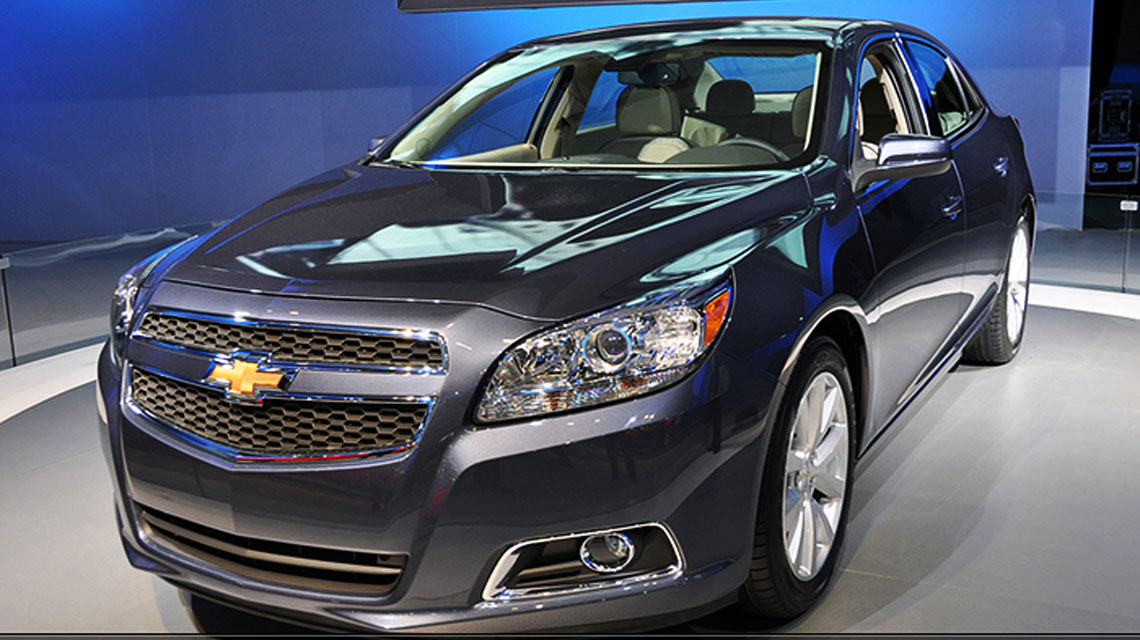 As we shared in our First Look, the refreshed 2013 Chevy Malibu was officially revealed at the 2011 New York Auto Show as well as the 2011 Shanghai Auto Show last month. In addition to the unveiling of the new look, Chevy surprised crowds with the announcement of the 38 mile-per-gallon Malibu ECO model. Both models will be available in over 100 countries on six continents in early 2012.

Taking design influence from its Chevrolet brethren, namely the Equinox and Camaro, the new look of the Chevy Malibu improves upon its already sleek and sophisticated styling with refinement and a certain flare of sports car aggression. The new model receives a front end facelift, with a twin port grille and projector headlights reminiscent of a high-end luxury vehicle, as well as a much needed redesign of the rear end with Camaro inspired three-dimensional taillamps.

The new Chevy Malibu doesn’t simply differentiate from its predecessor visually. Built on General Motors Epsilon II architecture, the Malibu has a shorter wheelbase and is about 3 inches wider, giving it a stout, athletic stance. All models, except the ECO, are powered by a new 2.5-liter 4-cylinder engine that produces 190 horsepower and is mated to a standard 6-speed automatic transaxle. The Malibu ECO comes powered by a direct-injection version of the current 2.4-liter 4-cylinder, with a six-speed automatic supplemented by the light-hybrid eAssist system which boasts an EPA-rated 26 MPG city and 38 MPG highway. A surprising fact is that while the redesigned Malibu has a sporty appearance, the current V6 motor will not be available. 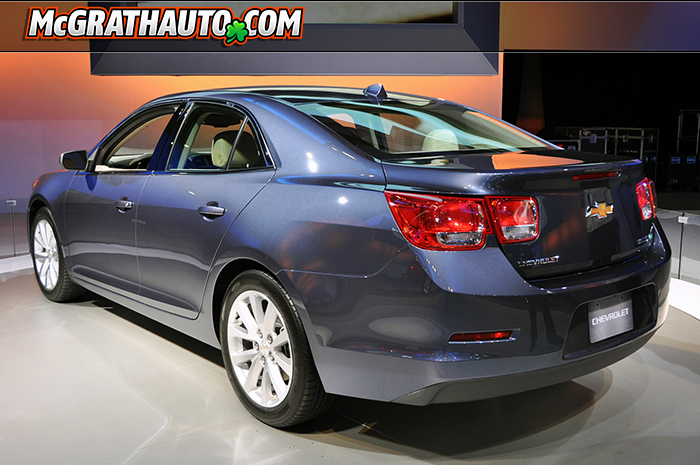 Pricing is yet to be determined, but logic suggests the MSRP should resemble the current 2011 models, with the base starting at around $22,000. Pricing for the ECO model will be announced closer to when it hits the salesfloor.