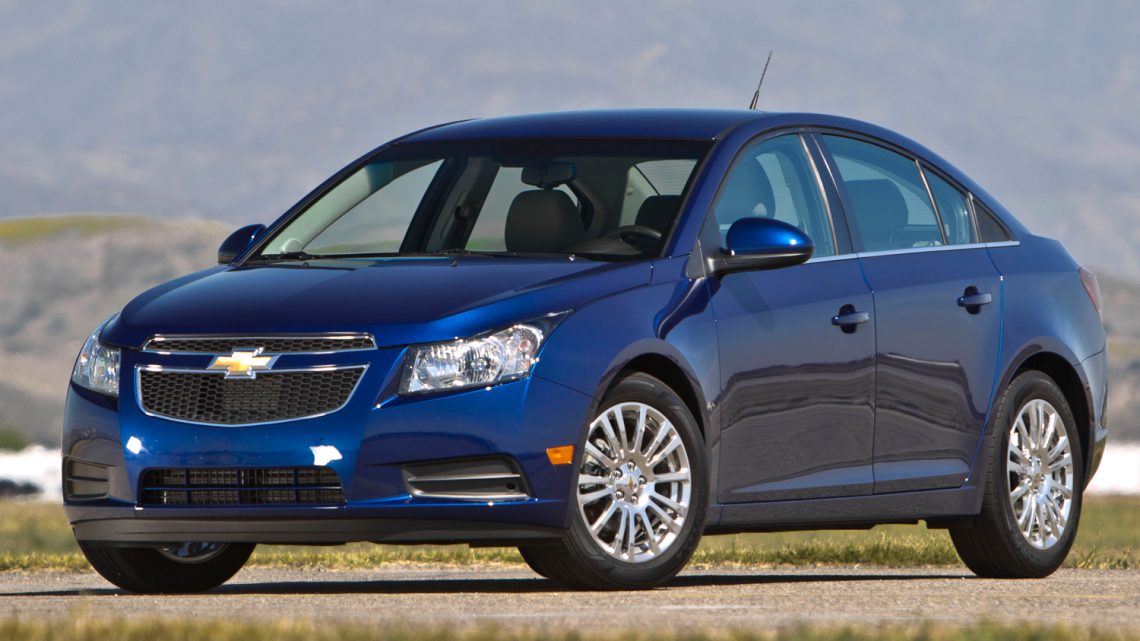 The Smartest $620 You’ll Ever Spend on a Compact Sedan

There’s no question that the Honda Civic has been a popular and admired compact model. Chevrolet, however, designed the Cruze to deliver features and benefits that the Civic simply does not. A factual comparison between the two, with some help from respected media, tells the story.

While numbers never tell the whole story, they provide a place to start this comparison between two obvious competitors. In the Civic camp, the LX model starts at an MSRP of $17,855. The comparable Cruze model is the 1LT trim level with an MSRP of $18,475. The $620 difference disappears – big time – when you consider major advantages for the Cruze.

Both cars offer comparable fuel economy: The Civic LX with a five-speed manual transmission yields 28 mpg city/36 mpg highway while the Cruze 1LT with its advanced, six-speed manual transmission comes in at 26 mpg city/38 mpg highway. The Cruze has a 15.6-gallon fuel tank versus a 13.2-gallon tank in the Civic. That translates into nearly 120 miles longer highway driving range in the Cruze.

If you prefer an automatic transmission, the Chevy Cruze offers a six-speed with the same fuel economy ratings as those of the manual transmission. The Civic offers an optional five-speed automatic.

In the Civic LX, a 1.8-liter engine produces 140 hp while in the Cruze 1LT, a 1.4-liter turbocharged engine offers 138 hp. That looks close, but the Cruze turbo engine trumps the Civic on torque, the force that actually moves the car. The Cruze turbo engine produces 148 lb/ft of torque at a very low engine speed, just 1,850 rpm. The Civic LX engine makes 128 lb/ft, and you have to rev the engine to 4,300 rpm to get it. The difference this makes on the road is enormous, and it means that the Cruze is noticeably more responsive in every day driving.

Scanning media reviews of the Civic, you will find criticism for road noise; various reviews of the Cruze, however, praise its quietness and substantial driving feel. That’s the payoff for Chevrolet applying 30 different acoustical treatments throughout the Cruze to make it feel and ride more like a midsize model. Car and Driver magazine said,

“That interior is a serene place to pass the miles. The Cruze was the Buick LaCrosse of the group, its solid structure and soft suspension keeping it supremely isolated on freeway slogs.”

Comparing the Cruze to the luxurious Buick LaCrosse is high praise indeed.

The Cruze is a bit longer and wider than the Civic, and the differences pay dividends in handling, as well as passenger room and trunk room. The Cruze, for example, offers nearly half an inch more headroom front and rear, 2.5 inches more hip room in front and an inch more hip room in the rear. Sit in both cars, and you’ll feel what a difference the extra room makes in the Cruze. 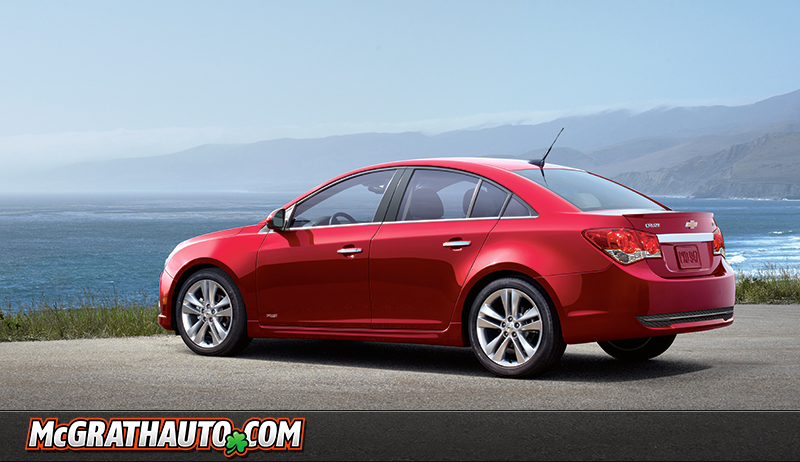 Many would agree that these fundamental differences make the Cruze 1LT a better value than the Civic LX. But there’s even more to the Cruze value story when comparing to Civic, especially with standard features. The Cruze powertrain warranty, for example, stretches to 100,000 miles, compared to just 60,000 miles for the Civic. The Cruze comes equipped with 10 airbags, versus six for the Civic, and the Cruze 1LT rolls on standard 16-inch alloy wheels, versus 16-inch steel wheels with plastic wheel covers for the Civic LX. Both cars feature steering wheel audio and cruise control switches, but the Cruze also adds standard Bluetooth® phone connectivity with a steering wheel switch. The standard Cruze 1LT audio system offers six speakers to the four in the Civic LX, and the Cruze 1LT also includes standard SiriusXM Satellite Radio with three months of complimentary service.

Finally, like all 2012 Chevrolet models, the Cruze comes standard with OnStar and the Directions & Connections® Plan for the first six months including Turn-by-Turn Navigation. No Honda Civic offers anything like OnStar, for any price.

Come in and drive the biggest value in compact sedans – the 2012 Chevrolet Cruze.