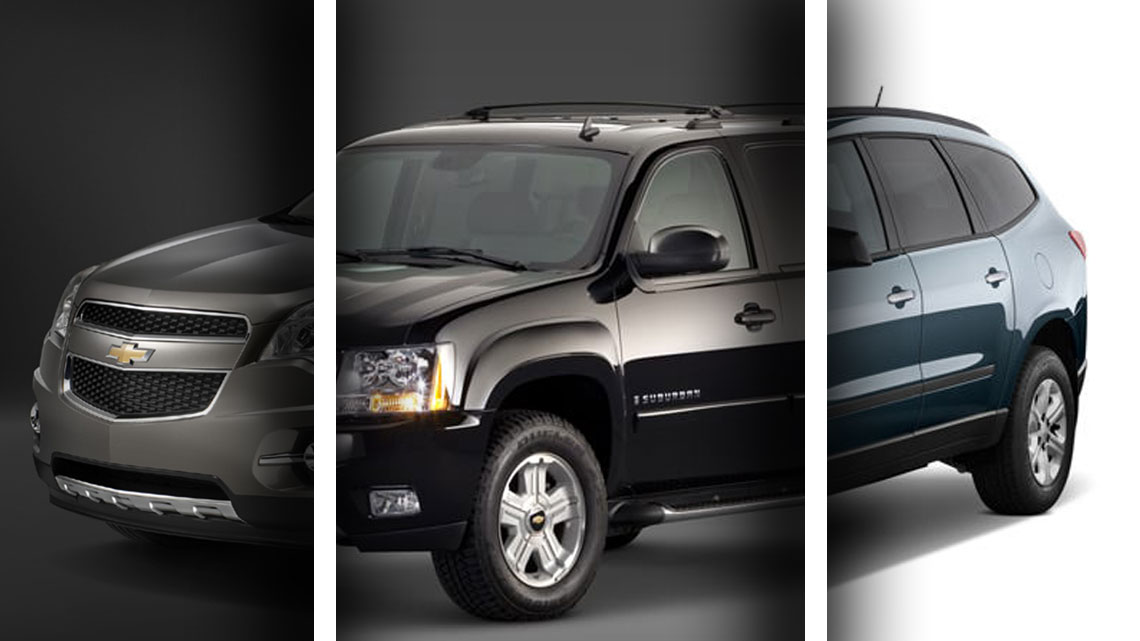 Today, Kelley Blue Book’s kbb.com recognized three Chevrolet vehicles as their 2010 Top 10 Family Cars, including Equinox, Suburban and Traverse. The list represents the kbb.com editors’ recommendations for the best vehicles for families, based on factors such as resale value, fuel efficiency, capability and kid-friendliness.

“The factors Kelley Blue Book editors consider are in line with what we believe appeals to modern families who consider Chevrolet vehicles,” says Jim Campbell, Chevrolet General Manager. “As such, it’s no coincidence that Equinox, Traverse, and Suburban assembly plants are all running overtime to keep up with customer demand.”

Here’s what Kellley Blue Book’s kbb.com editors had to say about Chevrolet line-up:

2010 Chevrolet Traverse
Boasting more cargo volume than even its Chevy Tahoe stablemate, the Traverse is the biggest crossover on the road — yet it beats the fuel economy of many smaller three-row vehicles. We like both of the Traverse’s siblings — the Buick Enclave and GMC Acadia — but the Chevrolet’s lower starting price makes it our choice for families.

2010 Chevy Suburban
Even when carrying nine passengers, the Chevy Suburban still offers a cavernous 45.8 cubic feet of cargo space behind the rear seats. Still not enough? Hook up a trailer and the Suburban can tow up to 9,600 pounds. Beyond sheer size and strength, the Suburban delivers a comfortable ride and plenty of occupant-coddling niceties.

2010 Chevrolet Equinox
In the highly populated crossover category, the Chevy Equinox stands out from the crowd as a vehicle that competently embodies function and form. In addition to an upscale interior and bold exterior styling, the Equinox is also able to achieve a class-leading 32 mpg on the highway (in four-cylinder form).