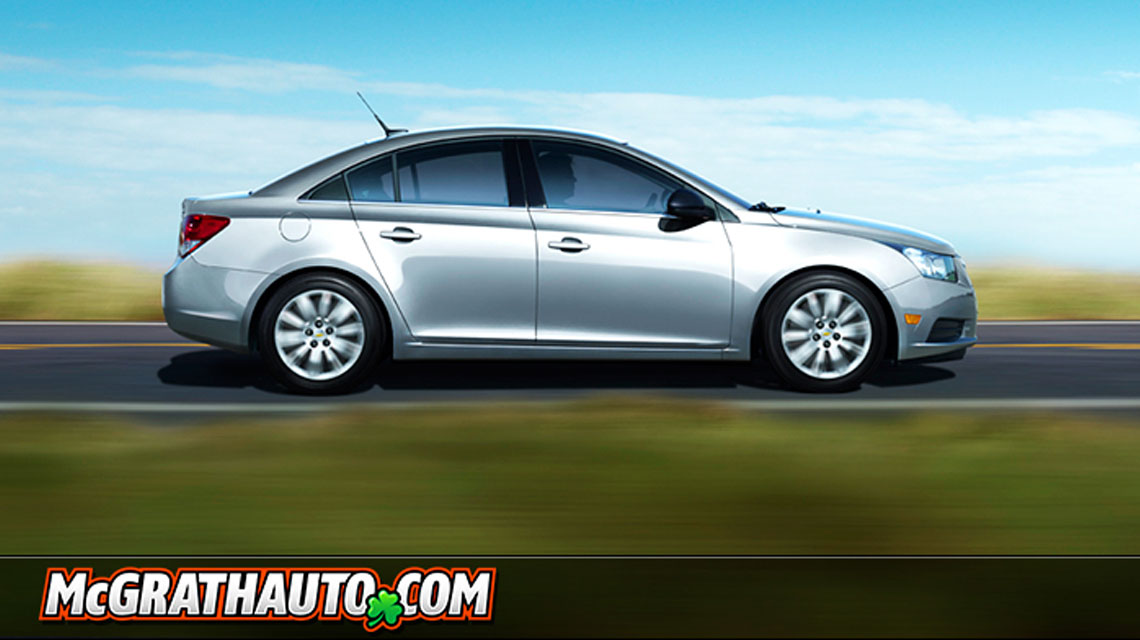 DETROIT (Bloomberg) — Mike Sussman is one of the buyers helping General Motors Co. come back in the small-car business. The 45-year-old systems analyst just traded in a Toyota Prius for a Chevrolet Cruze, seeking both high mileage and more pep.

“I was very, very leery about buying U.S., to be honest,” said Sussman, who lives in Greensboro, N.C. “They got me with the mileage. It actually drives like a regular car. With a Prius, you always feel like you’re driving a science experiment. It just doesn’t have a lot of guts.”

The Cruze was the best-selling U.S. compact in July at 24,648 cars, beating the Toyota Corolla, Hyundai Elantra and Ford Focus, and it outsold cars of any size in June. GM has found the sweet spot in the market, pricing the Cruze at as little as $16,525, between the Corolla and the Prius, and delivering mileage of 30 mpg or more.

The Cruze helped make GM the world’s top seller of vehicles in the first half, a ranking it lost on an annual basis in 2008, the year before the company’s government-backed bailout. The company’s rise in the small-car market, where GM has traditionally been a laggard, is emblematic of a turnaround for the automaker.

GM’s U.S. market share rose to 20 percent in this year’s first seven months, from 19.2 percent in the year-earlier period. Passenger cars accounted for 42 percent of the company’s sales, compared with 39 percent last year, according to Autodata Corp.

While GM’s small-car revival has followed the March 11 natural disasters that delayed production at Toyota Motor Corp. and Honda Motor Co., the spurt may not be an anomaly. GM is benefiting from improved cars and new advertising plus missteps by the Japanese rivals, analysts and executives said.

“We’re competitive for the first time ever,” Joel Ewanick, GM’s chief marketing officer, said in an interview. “The buyers are completely different than we’ve seen before.”

The March earthquake and tsunami in Japan caused a shortage of parts and finished vehicles. Through July, sales slid 8.1 percent for the Toyota Corolla and 9.7 percent for Honda’s Civic.

“If the vehicle you want isn’t on the showroom floor, who knows if you’re going to be waiting for the deliveries to come in when there’s something equivalent in terms of performance capabilities and fuel-efficiency?” said Chris Hopson, analyst with IHS Automotive, a research firm based in Lexington, Mass.

Both GM and Ford Motor Co. have marketed their compact cars with high-tech features and made them more attractive than previous low-priced economy car models, Hopson said.

Ford has advertised the Sync voice-activated entertainment and phone system in the Focus since its 2007 introduction and in the subcompact Fiesta since the car debuted in the U.S. in 2010.

GM’s television ads also plug high-tech features in the Cruze. One ad shows how consumers can unlock their car remotely using an OnStar connection through a smart phone. In another commercial, a motorist gets Facebook updates while driving.

Toyota’s image was hurt after recalling millions of vehicles in the U.S. and abroad last year after driver complaints about unintended acceleration.

Honda’s new Civic, on sale since late April, hasn’t been well-received and was more conservative than consumers expected, Gutierrez said. Consumer Reports scored the car too low to recommend, the publication said on Aug. 9. The magazine said the Civic is noisy and has a choppy ride.

The Cruze is winning converts. Sussman, who drives 94 miles to work, said his Prius delivered on high mileage but wasn’t fun to drive. With the Cruze Eco, which the U.S. Environmental Protection Agency rates at 31 mpg in combined city and highway mileage, he has been getting more than 36 mpg.

He said he can accelerate past merging vehicles instead of being forced to slow down. The highest-volume version of the Cruze has combined 30 mpg.

“The Cruze is definitely appealing to the audience that would look at Japanese and Korean compacts,” Gutierrez said. “Domestic compacts are doing a better job of swaying that audience.”

GM produces the Cruze at its Lordstown, Ohio, plant, which employs 4,150 hourly workers and 350 salaried employees, according to the company’s Web site. GM added 1,200 jobs to the factory last year for a third shift.

GM’s annual labor costs also are down $11 billion since 2005, the company said in an Aug. 9 analyst presentation. Reductions were made as GM closed plants, reduced headcount and negotiated with the UAW during 2007 contract talks and the 2009 U.S.-backed bankruptcy.

The U.S. initially took a 61 percent stake in GM as part of the $49.5 billion bailout. The U.S. stake is down to 32 percent after GM’s initial public offering in November.

Cruze will encounter more competition as Toyota and Honda rebuild inventories. Honda’s Greensburg, Ind., plant that builds Civics is scheduled to add a second assembly shift on Oct. 24. Toyota said in June it expects its North American plants will return to normal in September.

“The competitive landscape is ripe right now” for GM, IHS Automotive’s Hopson said. “Who knows if it will still be ripe for them as we move along when things seem to get more normal?”