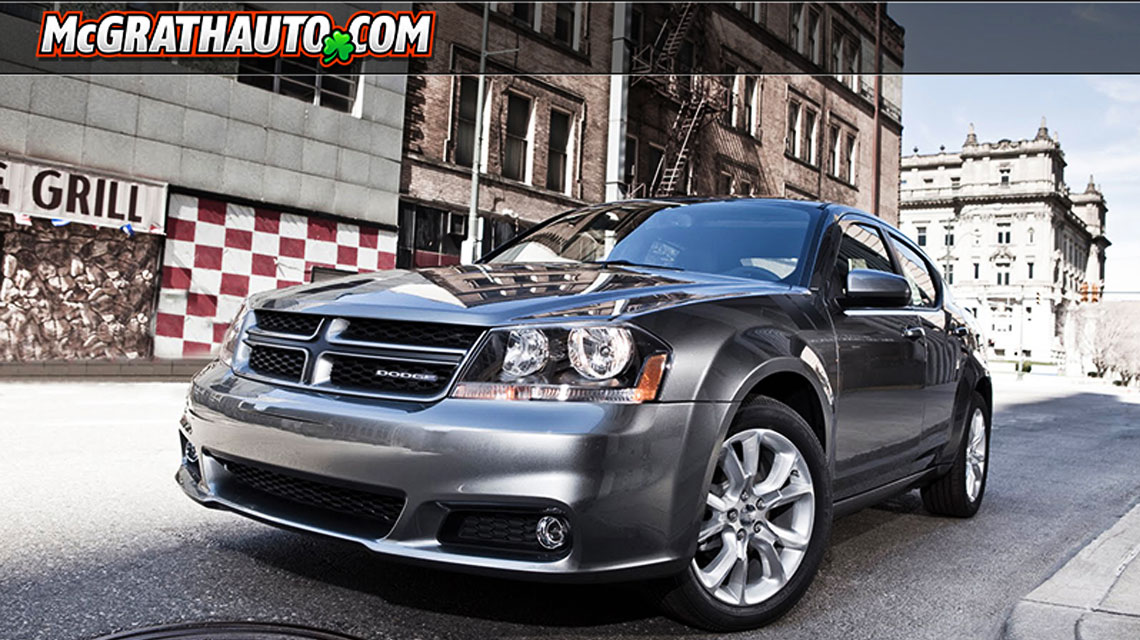 Midsize sedans are the bread-and-butter of many manufacturers. But only one can lay claim to both “America’s most affordable midsize sedan” and “America’s most powerful midsize sedan” titles. The 2012 Dodge Avenger is the car of choice for those interested in enthusiastic driving performance and an exceptionally low starting price, in a car that offers more standard content, uncompromising safety and outstanding fuel economy.

The 2012 Dodge Avenger is available in four distinct trim levels – SE, SXT, SXT Plus and R/T – catering to the desires of a wide range of customers. First up is the Avenger SE (MSRP $18,995), the most affordable midsize sedan in America. The SE features a recalibrated 2.4-liter inline four-cylinder World Gas Engine, which develops 173 hp and 166 lb/ft of torque for a fun, yet fuel-efficient driving experience. The 2.4-liter engine in the Avenger offers EPA-estimated fuel economy of 31 mpg on the highway. In the SE, the engine is paired with a four-speed automatic transmission.

The SE is equipped with a litany of advanced traction, stability and safety equipment including Electronic Stability Control, Traction Control, four-wheel antilock brakes, a pair of advanced, multi-stage front driver and passenger airbags, side-curtain airbags for the front and rear passengers and seat-mounted driver and passenger airbags. Amenities such as power windows, power locks, remote keyless entry, power mirrors, a 60/40-split/folding rear seat, LED taillamps, 17-inch wheels and cruise control are also part of the SE trim’s standard features list. What you might not expect is an acoustic laminated front windshield and front side glass, which helps the Avenger SE stay so quiet at highway speeds. It’s a feature you’ll most often find on high-end luxury cars from Bentley and Rolls-Royce. 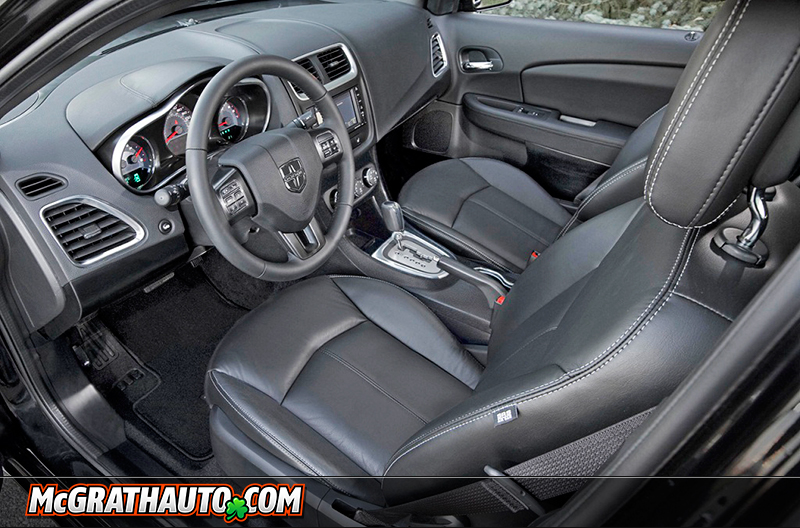 Next up is the Avenger SXT, which also features the 2.4-liter four-cylinder, but replaces the SE’s four-speed automatic transmission with a six-speed automatic with AutoStick® manual shift feature. The SXT comes with 17-inch aluminum wheels, a leather-wrapped steering wheel and shiftknob, six speakers, body-colored heated mirrors, SiriusXM™ Satellite Radio and the Dodge Electronic Vehicle Information Center (EVIC), combining a trip computer, a compass, exterior temperature and a range of personal settings into an easy-to-use interface in the instrument cluster.

The 2012 Dodge Avenger SXT Plus is a significant step up in performance. The 3.6-liter FlexFuel-capable Pentastar V6 with Variable Valve Timing (VVT) – one of Ward’s “10 Best Engines” in 2011 – delivers best-in-class V6 horsepower. Along with 283 hp and 260 lb/ft of torque, the Avenger SXT Plus also provides an EPA-estimated 29 mpg on the highway. Inside the Avenger SXT are unique, premium-fabric-covered seats with red French seam stitching, a 6.5-inch touchscreen media center, 18-inch aluminum wheels, projector foglamps, a rear decklid spoiler, dual bright exhaust tips and more. Available for 2012 are premium leather-faced seats and 18-inch chrome-clad wheels. 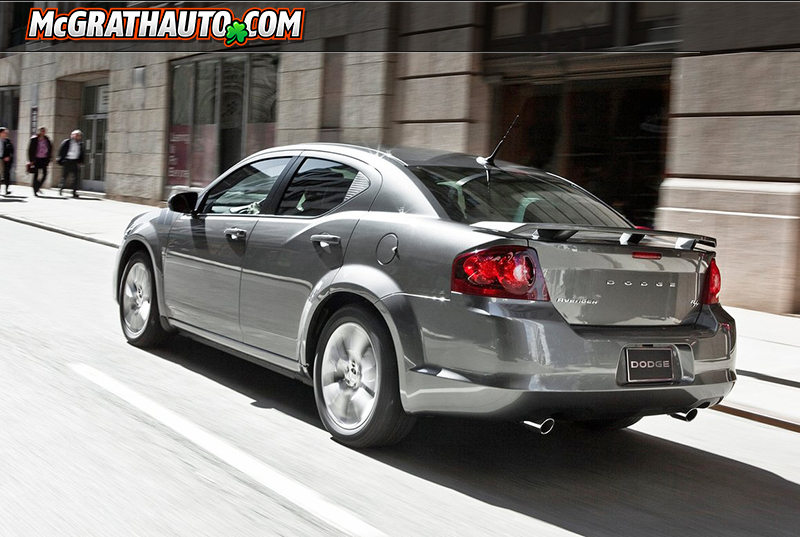 Dodge engineers retuned the entire suspension in the Avenger R/T for performance. The roll stiffness has increased 18 percent, and spring rates have increased by 17 percent up front and 12 percent in the rear. Front strut damping rates have increased 15 percent while rear strut damping rates are up almost 20 percent. The rear stabilizer bar is 2mm larger than standard, resulting in the spirit of a performance sedan with the price tag of a daily driver.

More than 1.7 million car buyers selected a midsize sedan in 2010. The Dodge Avenger satisfies the desires of selective drivers looking for a sedan with more style, personality and performance without the price tag of a European sedan. Stop in today and experience what the Avenger has to offer.