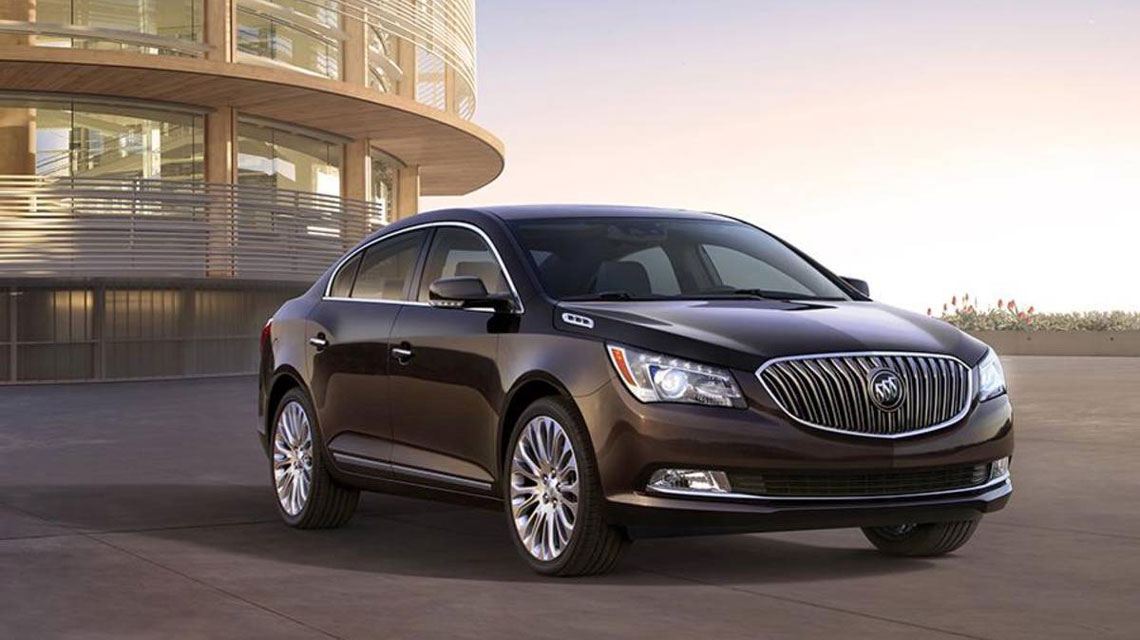 The 7’1″ Shaquille O’Neal sits behind the wheel of a Buick LaCrosse, touting the vehicle’s “sophisticated styling, fresh technology, and 36 mpg highway.”
But does the NBA legend really drive a Buick LaCrosse? The answer may surprise you… 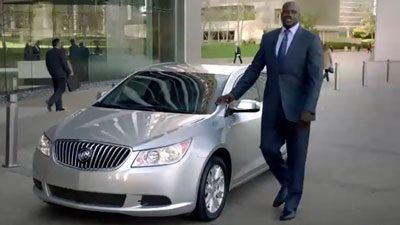 While the Buick LaCrosse is loaded with luxury features like premium leather-appointed seating and a soft-touch instrument panel, it still remains one of the most affordable luxury cars available. (MSRP for 2013 Buick LaCrosse starts at less than $32,000)

If you haven’t seen the Shaq commercials, here’s one for you:

The commercials have many people wondering: does Shaq actually drive a Buick LaCrosse? Wouldn’t his giant frame merit something much larger, like a fully loaded Cadillac Escalade ESV? Wouldn’t his millions of dollars in NBA earnings, endorsement deals, and TV contracts justify something well over the Buick’s price range, like a Bentley Flying Spur?

Well, Automotive News is confirming that Shaq does actually drive a 2013 Buick LaCrosse.

According to Buick spokesman Nick Richards, Shaq has received a black 2013 Buick LaCrosse, and will receive a 2014 model as soon as they are available.

Okay, so he owns one. Anyone who’s ridden in a Buick LaCrosse one knows it’s roomy, but can it really fit the “Big Aristotle” comfortably?

During a recent NBA postgame show, Shaq said it takes him about 2 seconds to get into his Buick LaCrosse. Not bad. So not only does Shaq own a Buick LaCrosse, but he is also on record saying that he drives it too. Clearly, if the Buick LaCrosse is roomy and stylish enough for Shaquille O’Neal, it will make a great car for just about anyone.

One thing is certain; the new Buick commercials featuring Shaquille O’Neal are charming and energetic, giving credit to Buick and the 2013 LaCrosse.

We may not have Shaq in the showroom, but we do have a large lineup of Buick LaCrosse sedans.

Stop in today and take a free test drive in a 2013 Buick LaCrosse or any of our excellent GM vehicles.