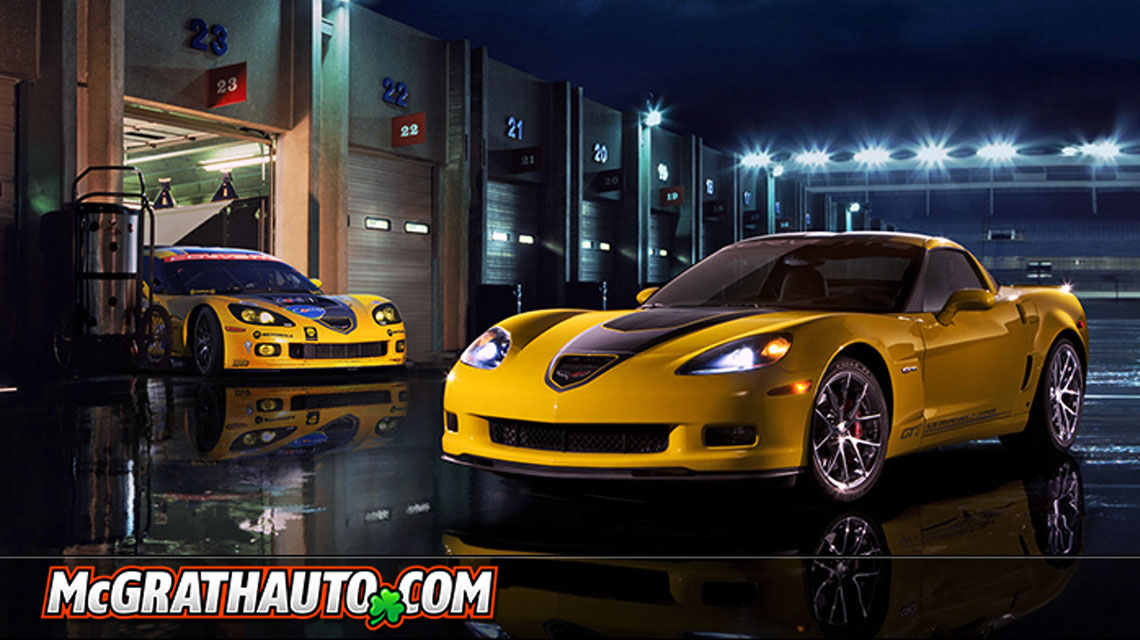 For nearly 60 years, the Corvette has reigned as America’s sports car. Through decades of constant engineering and design innovation, Chevy has held fast to the Corvette’s original mission statement: Wrap uncompromising performance and unrivaled value in a sleek, lightweight body that’s instantly recognizable on roads and tracks around the world. For 2011, the Chevy Corvette stays true to its heritage. As Kelley Blue Book’s kbb.com put it, “Drivers experience awesome V8 power, amazing handling and an interior filled with more creature comforts than some luxury cars.”

Since its inception, the Corvette has stared down all challengers, mixing reliable American muscle with track-honed handling and braking to meet or beat the performance of elite sports cars from Europe and Japan. Even better for buyers, the Corvette gets the job done at a fraction of the cost of its competition. This year, the 2011 Corvette offers even greater refinement, increased standard content, new colors and more personalization choices throughout a broad model line that includes the Corvette coupe and convertible, Corvette Grand Sport coupe and convertible, Corvette Z06 and the limited-availability Corvette ZR1 supercar.

Chevy calls the Corvette Coupe (MSRP $48,950) the “essential Corvette,” the modern distillation of those core elements brought together when the first Corvette roared to life almost six decades ago.

The All-American Street-to-Track Sports Car Serves Up Power and Value at Every Level.

Today, the source of that roar is a 6.2-liter LS3 V8 making 430 hp and 424 lb/ft of torque. It powers the new Coupe from zero-to-60 mph in just 4.2 seconds. Keep your foot to the floor at the track and you can expect to reach a top speed of 190 mph. Even more astounding, when outfitted with the standard short-throw six-speed manual (with launch control) gearbox, the Coupe returns an incredible 26 mpg on the highway, better than six-cylinder competitors like the Porsche 911 Targa 4S (25 mpg). An available “dual-mode” exhaust system increases horsepower to 436 and torque to 428 lb/ft. 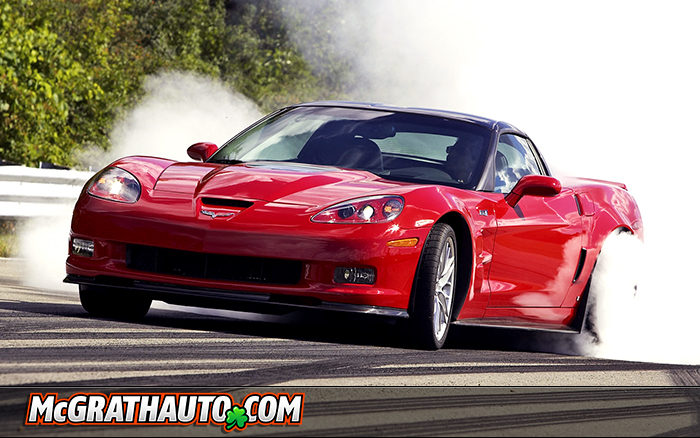 A power-operated convertible top is available (a manual top comes standard), and lowers in just 18 seconds. A new blue top color is available this year. For the ultimate in grand-touring luxury, select the audio system with touchscreen navigation or the Custom Leather Wrapper Interior Package with your choice of contrast stitching in blue, red or yellow.

The Grand Sport Coupe (MSRP $54,790) takes its name from the storied Corvettes that competed in international endurance racing back in the 1960s. Delivering the ultimate combination of performance and handling, the new Grand Sport combines the LS3 V8 from the Coupe (and its 26 highway mpg rating) with a wider track and body styling, wider wheels and tires and a racing suspension. Its performance enhancements make it a worthy heir and a track day star. Wider fenders, the Z06’s upgraded brakes, which feature functional ducts for extra cooling, and revised shock, stabilizer bar and spring settings are all part of the package. Of the Corvette Grand Sport Coupe, Car and Driver magazine said, “Like all Corvettes, it has strong grip and excellent midrange power with the added bonus of the Z06’s stunning brakes.” How often do you hear the word “stunning” used to describe brakes?

The Corvette Grand Sport Convertible (MSRP $58,600) lets you feel the sun on your face while pulling 1g on the skidpad or tearing off runs from zero-to-60 in four seconds flat. If you think that sounds like a bit of heaven on Earth, you’re in good company; Grand Sport models made up around half of all coupe sales and 70 percent of Corvette convertible sales last year. 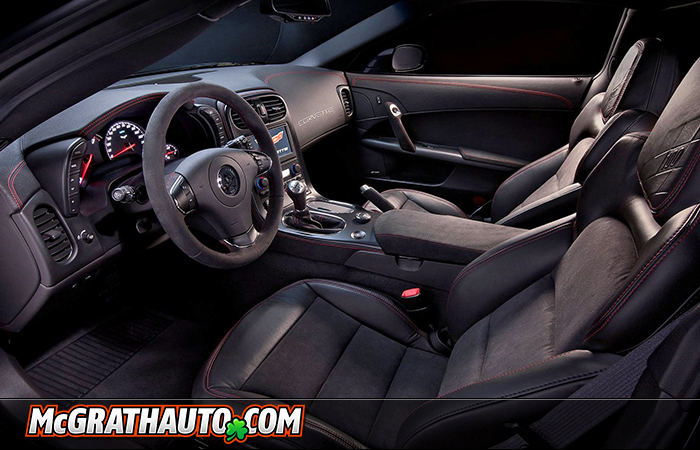 Thanks in part to its aluminum frame and select carbon fiber composite components, the Z06 (MSRP $74,305) is the lightest model in the lineup at 3,175 pounds. Combine less mass with a 7.0-liter LS7 aluminum-block V8 making 505 hp and 470 lb/ft of torque and you get a Corvette that charges to a top track speed of 198 mph. For 2011, Z06 models come standard with new exhaust tuning and new, second generation Goodyear® Eagle® F1 Supercar tires. Magnetic Selective Ride Control (MSRC) is also newly available. Upgraded brakes that include monoblock six-piston front calipers are onboard to tame that ferocious velocity. The available Z07 Performance Package adds MSRC, larger rims, active dampers and Brembo® carbon-ceramic brakes while the CFZ Carbon Fiber Package delivers rocker extensions, a front splitter and a full-width rear spoiler.

Of all the honors earned by the mighty and exclusive Corvette ZR1 (MSRP $111,100), perhaps the greatest is this: With a top speed of 205 mph, it’s the fastest production car Chevrolet has ever made. Give a huge chunk of the credit to the ZR1’s 6.2-liter LS9 supercharged and intercooled V8 engine, which cranks out a heart-fluttering 638 hp and 604 lb/ft of torque. A lightweight aluminum frame shared with the famed Corvette C6.R racecar also deserves a healthy share of the acclaim. There is one other accolade that should be mentioned, however. When the ZR1 took on the fastest (and most expensive) sports cars in the world in Car and Driver magazine’s 2010 Lightning Lap Competition at Virginia International Raceway, it drove away the overall winner.

From open-air grand touring to track day domination, only one range of sports cars bests all contenders, regardless of price. That’s the 2011 Chevy Corvette model line.