2013 Chevy Malibu to be Unveiled at New York Auto Show

McGrath Auto has your first look at the redesigned 2013 Chevy Malibu which is set to be officially revealed next week at both the New York Auto Show as well as the Shanghai Auto Show in China. 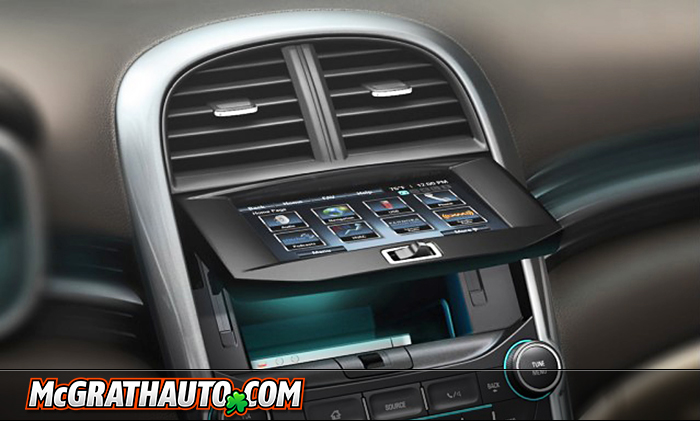 Details and specs of the 8th generation Chevy Malibu have been sparse and will become available after the unveiling, but the new version is likely to feature a range of four-cylinder engines similar to those available in the Buick Regal, the 2.4-liter and turbocharged 2.0-liter engines. There has been no mention of a V-6 option being available, which is surprising as the current Chevy Malibu model includes a 252-horsepower 3.6-liter V-6 available with its 2LT & LTZ trim levels. The new Malibu is also expected to sport a line of six-speed transmissions and a light hybrid, similar to the eAssist setup in the Buick LaCrosse & Regal (launching this year), is also likely.

The 2013 Malibu also marks Chevrolet’s first midsize vehicle to be sold globally, which poses a challenge as expectations from the midsize segment vary greatly from market to market, not to mention the fact the standard size of a midsize car in the United States is markedly larger than those in Europe and Asia. However, the Malibu has pulled in strong sales increases with its two most recent redesigns, with sales in 2010 growing by 23 percent, and General Motors are optimistic and up to meeting the demands of the global vehicle market. 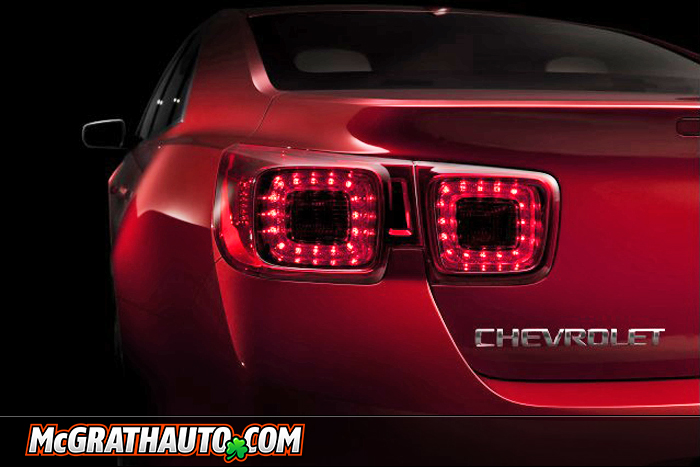 In addition to the auto show reveals, the 2013 Malibu will also see its online debut with further details and photos on the Chevrolet Facebook page at 8:30 PM Eastern Time on Monday, April 18th.