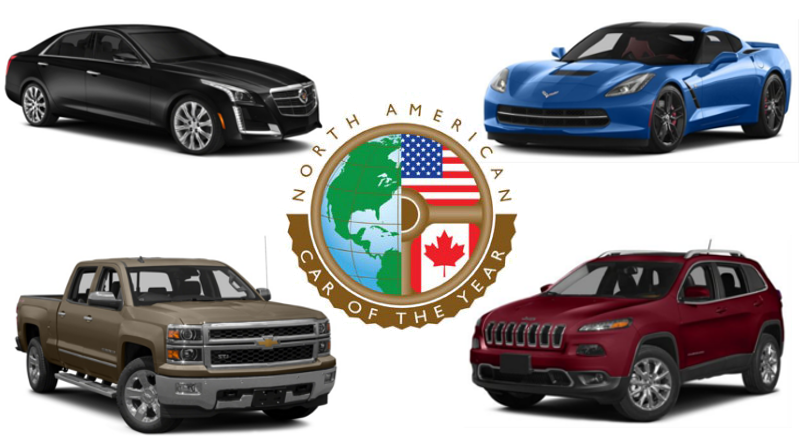 Four vehicles from McGrath Auto are North American Car and Truck of the Year finalists. Only six total vehicles were selected as final nominees.

These awards are two of the most prestigious and sought-after honors in the automotive industry. The award is very exclusive, as only three cars and three truck/utility vehicles made the cut for finalists.

Cadillac CTS – The winner of Motor Trend Car of the Year, the 2014 Cadillac CTS takes the brand’s “Art and Science” mantra to heart, with styling and designs worthy of a Cadillac badge.

Completing the package is handling and performance capable of competing with well-known sports cars. If the CTS is selected for North American Car of the Year, it would mark back-to-back victories for Cadillac, as the ATS was the winner last year.

Chevrolet Corvette Stingray – Possibly the most talked about car of 2013, the redesigned Chevy Corvette is visually stunning and a monster on the track, capable of going 0-60 in less than four seconds.

But what takes the Corvette to the next level is the welcoming cabin, something not typically found in sports cars.

Proven power and performance have propelled the Silverado to the top of the truck world, but (also like the Corvette) it’s the refined cabin that sets it apart from the competition.

Jeep Cherokee – When Jeep choose to bring back the Cherokee name after a long hiatus, many people were skeptical that the new vehicle would be able to live up to the capability and rugged attitude of the previous model. As a fuel-efficient yet versatile SUV, the Cherokee has quickly caught the attention of the auto journalists.

With the Cherokee’s inclusion as a finalist for NATOTY, those skeptics are now silenced.

About the North American Car/Truck of the Year Awards

As the North American Car of the Year panel says on their website, awards and accolades are not uncommon, especially in the automotive industry where every automotive news source seems to have their own awards.

What makes these awards significant is that the voting panel is broader and deeper than all other awards. Consisting of 50 automotive journalists, the panel represents all types of media, including newspapers, magazines, radio, television, and online sources.

Operating costs for this award are gathered through membership dues, with no outside funding influencing the award.

These cars represent the best vehicles in the automotive world, and McGrath Auto is proud to have them available for drivers in Iowa City and Cedar Rapids.