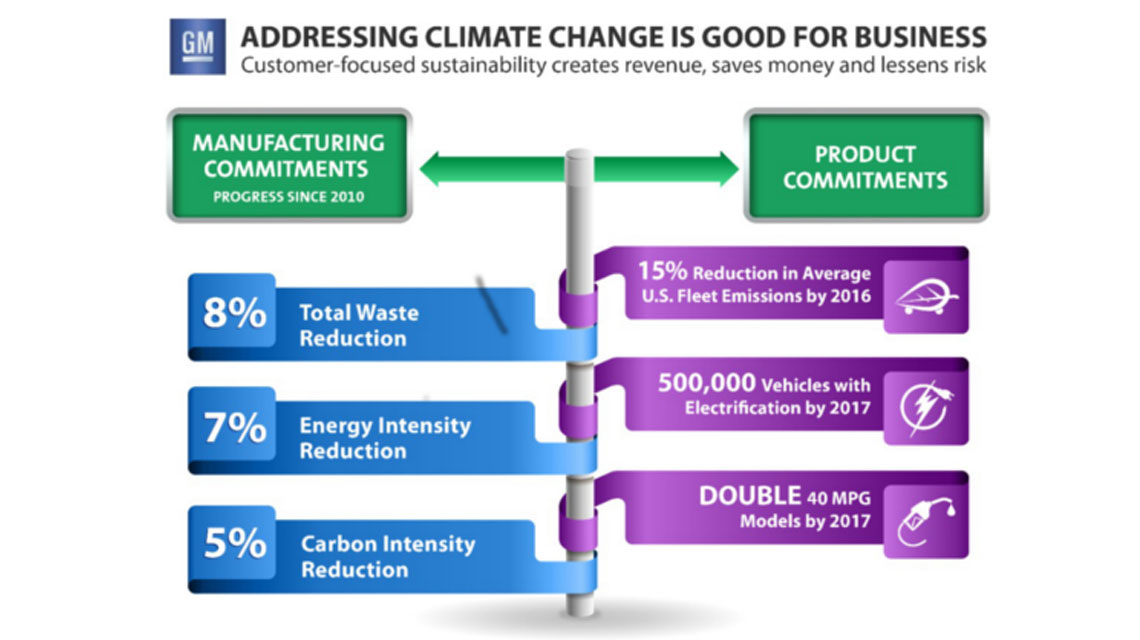 General Motors, maker of Chevrolet, Buick, GMC, and Cadillac, has reaffirmed its commitment to reducing energy use and the environmental impact of both its vehicles and operating facilities.

GM has reduced energy use by 7% and carbon emissions by 5% since 2010. The company also increased the number of landfill-free facilities to 105, saving total waste by 8% since 2010.

The automaker began tracking progress toward its 2020 environmental priorities, which were laid out in last year’s Sustainability Report.

According to an article on GM’s media website, reducing energy use and emissions is important to both GM’s customers and stakeholders. Reducing the company’s environmental impact creates brand value for customers, and helps improve profitability by increasing revenue and saving on costs.

What is GM’s Sustainability Report, and What are the Ultimate Goals?

The automaker gave these specific goals:

The gains made by GM to achieve these goals are laudable and we are proud to call them a partner in building a cleaner economy that creates quality jobs across the country.