The Chevy Colorado and the GMC Canyon are the most popular midsize pickup trucks on the market! General Motors contracted with Navistar International Corp. to build an additional 40,000 Colorados and Canyons in 2017 to keep up with the high demand for these hot sellers.

Customers are selecting these two GM trucks over other trucks — like the Toyota Tacoma and the Nissan Frontier — due to their versatility, performance, driving experience, exceptional fit and finish.

The diesel Colorado and the diesel Canyon both received an EPA rating of 31 miles per gallon on the highway, making them the most fuel efficient trucks when compared to any big, small, gasoline or diesel trucks sold in the United States. Learn more.

The Chevy Colorado earned the Motor Trend Truck of the Year Award in both 2015 and 2016!

GM is also working with the U.S. Army Tank Automotive Research Development and Engineering Center (TARDEC) to build a Chevy Colorado with a hydrogen fuel cell propulsion system. Amazing! Check it out.

From January through May, GM sold a total of 56,142 Colorados and Canyons in the United States. This isn’t a surprise as GM has been hustling to keep up with demand since they were first launched in fall 2014.

Check out Pat McGrath Chevyland in Cedar Rapids and McGrath Buick GMC Cadillac in Hiawatha to see what the GMC Canyon and Chevy Colorado are all about! 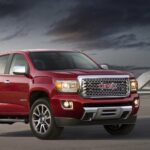 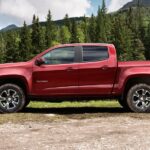