TOKYO/DETROIT, April 13 (Reuters) – Toyota Motor Corp has suspended sales of a new Lexus SUV in the U.S. market to investigate the risk for rollover accidents in the latest blow to the reputation of the world’s largest automaker. 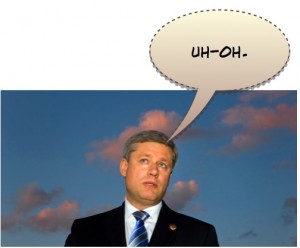 Toyota took the unusual action of stopping sales of the 2010 Lexus GX 460 after Consumer Reports urged shoppers not to buy the sport utility vehicle, calling it a “safety risk” because of a potential handling problem in certain turns.

Toyota, which also sells the Lexus GX in the Middle East, Oceania and Russia, said no decision has been made on whether sales would be suspended in those markets as well.

Although the luxury SUV is a low-volume model for Toyota, the potential problem with its stability control adds to the toll from a safety crisis that has cost Toyota billions of dollars in lost sales and forced it to resort to cut-rate pricing.

The rare warning from the nonprofit magazine, which is seen as an objective voice on auto safety and quality in North America, stands out because its past endorsements have been credited as one reason for Toyota’s steady sales growth.

Toyota Motor Corp. faces yet another possible federal investigation, this time of the electric power steering in 2009 and 2010 Corollas.

The National Highway Traffic Safety Administration is considering a formal investigation of alleged defects reported in the compact car, agency spokeswoman Karen Aldana said. Automotive News found that the Corolla has been the subject of 83 power-steering complaints since April 2008, 76 of which have reported that the vehicle unexpectedly veers to the left or right at 40 miles an hour and up.

“If you take your eye off the road for a second, the car will drift into another lane,” said one driver who lodged an Oct. 18 complaint. The complaints cite 10 injuries resulting from six accidents, which sometimes left the vehicle upside down, at the bottom of a cliff or in a ditch.

Toyota already faces investigations and recalls of more than a dozen other models. Toyota today announced a worldwide recall of 437,000 hybrids, mostly of the 2010 Prius. NHTSA opened an investigation last week of braking problems with the vehicle.

NHTSA also is investigating unintended acceleration in a dozen Toyota models, more than 8 million of which have been recalled globally since October. And since November, NHTSA has been investigating reports of engine stalls in the 2006 Corolla. Said Sean Kane, president of the Safety Research & Strategies consulting firm: “Toyota’s Teflon image for reliability is going out the window faster than anyone can salvage. … People are logically asking, how can it have problems with so many models?”

“At some point, Toyota became a victim of its own success. The company’s double quick expansion, from perennial underdog to voracious overlord, has compromised their unique selling point: product quality. Specifically, Toyota has suffered a plague of recalls around the world. In 2003, the automaker recalled 200k American vehicles. In 2004, the number increased fivefold, to a little over one million vehicles. In the following year, the number leaped again, more than doubling to 2.2 million. So far this year, Toyota has announced five recalls affecting approximately 900K vehicles.”**
Information based off 12/29 article found on MSNBC…
“It took Bob Becker by surprise. As he approached an intersection on New York City’s West End Avenue, not far from his home, he began to brake his 2010 Toyota Prius. But then the hybrid hit a pothole and suddenly, says Becker, it felt like the brakes weren’t working. It was a sensation of losing control,” said the 39-year-old human resources executive. It was all the more disconcerting as the light had changed and pedestrians were starting to cross the street. Becker was able to slam back down on the brake pedal just in time to avoid an accident. But in the weeks to come, the problem with his Prius repeated itself over and over, to the point he now has to prepare in advance when he’s coming up on an intersection, driving through traffic or exiting a freeway.
He’s not alone.
Chat rooms such as Priuschat.com dedicated to Toyota’s fuel-efficient hybrid are peppered with concerns raised by owners of the third-generation Prius, which was launched for the 2010 model year. What happens next is uncertain. The government could launch a formal investigation and, if it were to find evidence of a safety defect, could work with the automaker to find a fix, which  might ultimately lead to a recall. Toyota could also take action on its own. For now, though, owners have expressed frustration that their complaints are being ignored by Toyota dealers. A safety problem with the Prius could be particularly significant for Toyota. A year ago, the Japanese company seemed to be on top of the world, having topped General Motors for the first time to become the world’s best-selling automaker. Since then things haven’t gone very well.”