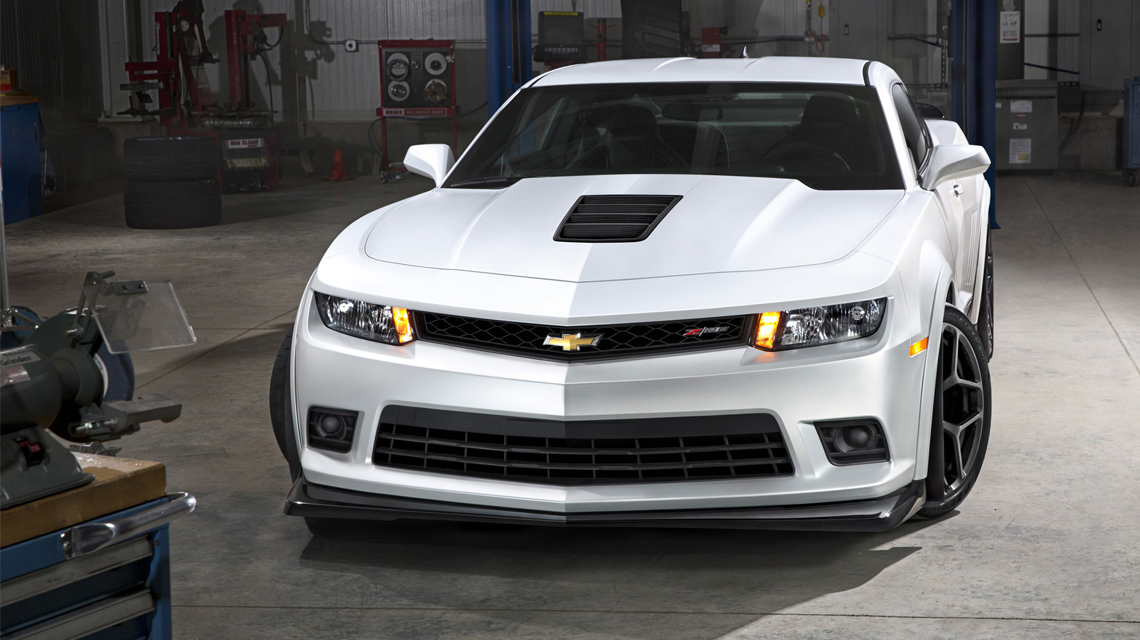 Chevy put on a show in New York, giving the public an expected debut, highlighted by an exciting surprise.

The street-legal Chevrolet Camaro Z28 is built for racing, and Chevy says the new model will trim 3 seconds of lap time.

From the outside, the Camaro Z28 looks very similar to the older models, with subtle changes to the body to increase racing performance and decrease curb weight. 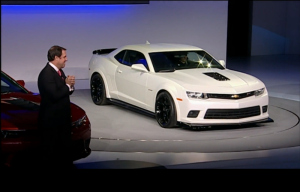 The Chevy Camaro Z28 at the New York Auto Show

Under the hood, the track-focused Camaro gets a powerful 7.0L V8, which will give the car at least 500 horsepower and 470 lb-ft of torque.

Informed Camaro fans might be saying “wait a minute; the current Camaro ZL1 gets 580 hp! What’s so special about a car that gets 80 hp less than the current leader?” 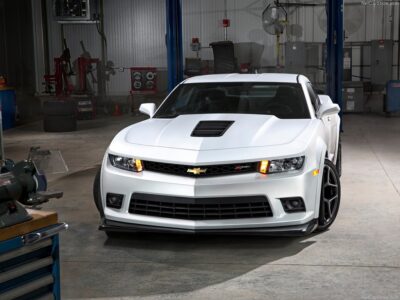 Curb weight will be down 300 lbs. compared to the ZL1, making the Camaro Z28 lighter on its wheels and more capable of handling acceleration, braking, and maneuvering.

The engineers at Chevrolet made many small reductions to the Camaro in order to achieve the weight loss.

Rear glass: thinner. Trunk carpet and insulation: gone. Air conditioning: optional. Speakers: all but one removed. (Chevy wanted to remove all the speakers but kept one for the seatbelt chime)

“If you want a street-legal track car, and I know not everyone does, this car is for you. Several of our engineers have described the grip as nothing short of incredible.”

The Camaro Z/28 will feature advanced technology made specifically for track use:

Last year, Chevy was the most successful manufacturer in NASCAR, Indy Car, and American Le Mans and won the first races this year in those three leagues.

If you are interested in owning an amazing performance car, including the iconic Chevy Camaro, call Pat McGrath Chevyland today at (310)393-6300.

You can even get started right now by filling out a Pre-Approval Form. We’ll help you get the financing you need to drive an exciting Chevy Camaro.

We are proud to serve Cedar Rapids, Iowa City, and Waterloo drivers, so stop in today!