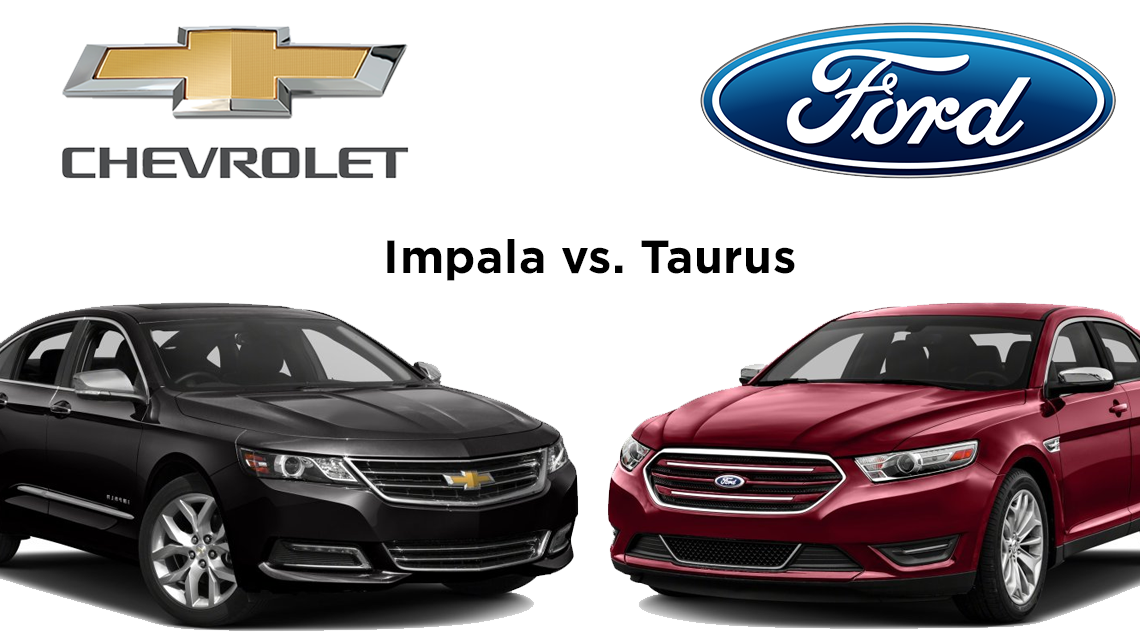 Two of the most popular vehicles are the Ford Taurus and the Chevy Impala, one of the most successful cars in automotive history.

For 2014 editions, both cars have a starting MSRP within $160 of each other*, so a head-on comparison makes perfect sense.

But which car delivers the most to drivers, and which is the best choice for Cedar Rapids and Iowa City? 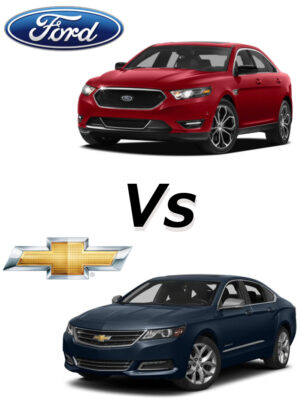 Frenzy of Features:
Even the base 2014 Impala comes loaded with convenience and comfort features, many of which simply aren’t available in the 2014 Ford Taurus or require a higher payment.

A full-size spare tire and emergency trunk release come standard with all 2014 Impalas, but are not found in the Taurus. Also, rear parking aid and remote engine starts are optional in the Impala, but for buyers of 2014 Taurus, they are completely unavailable.

Numbers Don’t Lie:
Simply looking at the numbers gives a clear winner in the fuel-efficiency category.

Room to Stretch:
Nothing is worse than feeling cramped while driving or riding as a passenger, and the Chevrolet engineers clearly had that in mind while designing then new Impala.

Innovative Infotainment:
Many infotainment technologies that are standard in the 2014 Impala that are (again) not present in the Taurus. This includs HD radio, satellite radio, onboard hands-free communication, and wireless cell phone hookup. What’s more, the MyFord Touch system has been scrutinized as inconvenient and confusing, furthering the Impala’s victory in this category.

When the dust settles, the 2014 Impala knocks out the 2014 Ford Taurus. Better fuel-economy, more convenience and infotainment features, and more legroom all come together to create an exceptional vehicle.

While the Ford Taurus is a respectable sedan, it simply can’t live up to the standard created by the all-new Impala.

Don’t take our word for it! Find out what other sources are saying about the 2014 Impala.

The 2014 Impala: Available for Cedar Rapids and Iowa City