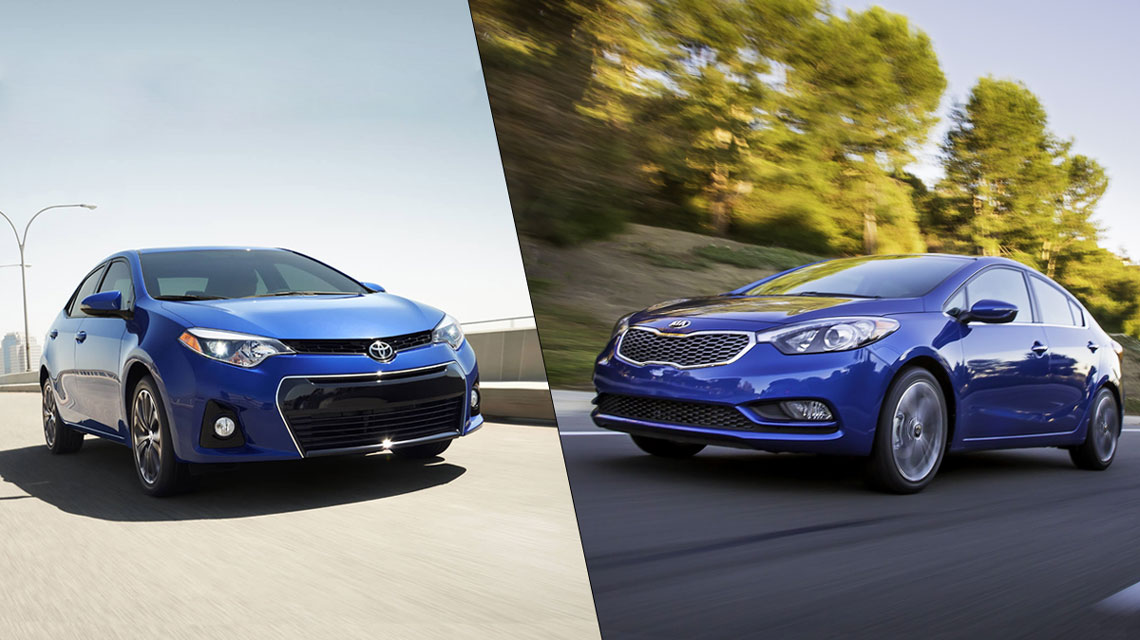 For drivers in the Cedar Rapids and Iowa City area, having a comfortable, fuel-efficient show is always important. Especially for individuals who have long daily commutes, a great car is absolutely necessary.

Two popular cars are the 2014 Toyota Corolla and the 2014 Kia Forte, and while both offer fuel-efficiency and comfort, one is clearly a better vehicle.

First of all, this comparison features two cars that are about as evenly matched as possible. According to U.S. News Rankings and Reviews, both vehicles have a starting MSRPs between $17,400 and $17,500.

So which car offers the best features and performance? Let’s find out…

Performance: This one easily goes to the Forte, not only because the car delivers exciting acceleration and performance, but because the 2014 Toyota Corolla is a pretty lackluster drive.

Features: The Kia Forte, like all Kia vehicles, comes with a wide variety of standard and optional features. The following features are found in the 2014 base Kia Forte LX, but not in the base 2014 Toyota Corolla L*:

Italicized= optional feature on the Kia Forte LX
*Specs from Us News Rankings and Reviews.

If you are in the market for an affordable small car, call McGrath Kia today at 319-393-3300. We’ll help you find the perfect car for your needs.

We have a large inventory of new and used cars, so give us a call and get started today!