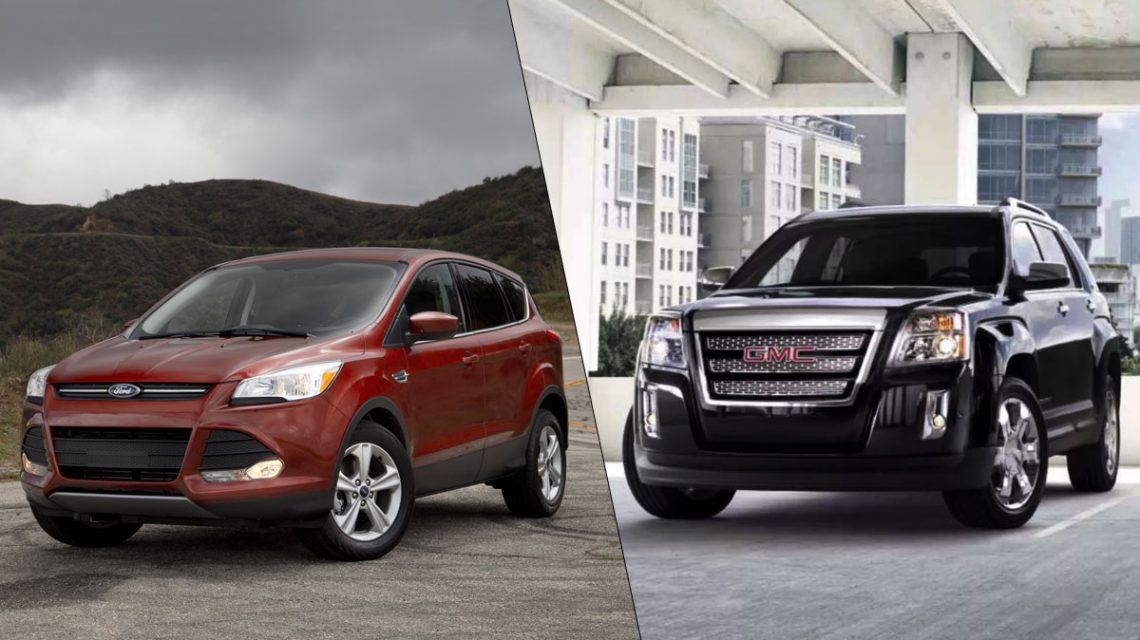 Americans love their SUVs, and over the past few years, the smaller crossover SUV segment has been a go-to for many drivers.

These vehicles offer excellent versatility and spacious interiors, without the heavy gas consumption and unwieldy handling of their full-sized SUV big brothers.

Two of the most popular smaller SUVs available to today are the Ford Escape and GMC Terrain, but for 2014, which one is superior? While both have some excellent qualities, only one has the standard features, engine performance, and convenient infotainment that drivers have come to expect.

Features for the Family: When looking at standard features, both the 2014 Escape and the GMC Terrain have a lot to offer, but if you’re getting down to the details, you’ll find the Terrain takes things a lot further.

These following features are standard on the GMC Terrain:

Clearly, the GMC Terrain comes fully loaded with convenience and comfort, while 2014 Ford Escape buyers will be unable to get some, and will have to pay more for others.

Mastering the Mechanical: For drivers seeking a little more excitement from their drive, the proof is in the numbers. The starting 4-cylinder engine for the 2014 Ford Escape provides 168 horsepower and 170 ft-lbs of torque, while the Terrain delivers 182 hp and 172 ft-lbs. You might expect the weaker engine to generate better fuel-economy, but the Escape actually gets 31 mpg hwy, just slightly under the Terrain’s 32.

Investing in Infotainment: The importance of infotainment can’t be understated in today’s automotive market. The GMC Terrain provides a wide range of technologies with an easy-to-use interface on a 7” high-def screen. Ford’s system, on the other hand, has been heavily criticized, with complaints about functionality and ease of use. Edmunds.com, for example, wrote about the “frustrating MyFord Touch electronics system”.

When all is said and done, the 2014 GMC Terrain is the superior vehicle. It has the technology, engine options, and infotainment that today’s drivers expect. While the 2014 Ford Escape puts up a good challenge, the fact remains that it simply can’t beat the competition.

We want to be your choice for high-quality crossover SUVs. Fill out a Contact Form and we’ll reach out to you today.