If you want to treat yourself to a luxury sedan, you’ve probably considered the usual lineup of luxury-oriented brands like BMW, Mercedes-Benz, Lincoln, and Cadillac.

But there are other brands are making a challenge for the luxury market, and they deserve your attention too.

Kia is looking to ruffle a few luxury feathers with the all-new 2014 Kia Cadenza. But how does this car compare to the established elite?

Lincoln, one of the historic brands in the luxury segment, is looking to bounce back from recent slumps with the 2013 Lincoln MKZ, which started arriving to dealerships this year.

The 2014 Kia Cadenza also arrives this year, making it a perfect opponent for Lincoln’s luxury sedan.

The Lincoln MKZ takes on the 2014 Kia Cadenza

Luxury seekers often look at three important factors; factors that often separate the luxury brands from the rest of the crowd. 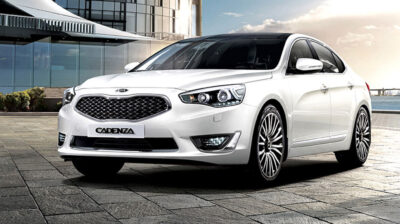 Infotainment: Luxury brands are expected to be comfortable and convenient, with an easy-to-use system that makes driving both fun and easy. Kia is already known for having excellent infotainment features, and the Cadenza is loaded with systems like the harmonious UVO eServices. The 2013 Lincoln MKZ, however, has been criticized for a clunky, confusing infotainment system.

Luxury Features: Kia has put all the bells and whistles in to the Cadenza, and it has many features that the Lincoln MKZ lacks. For example, the 2014 Cadenza has power-folding mirrors and fog-lamps standard, while both are unavailable of the 2013 MKZ. Also, the Cadenza has standard rain-sensing wipers, while MKZ buyers will need to pay more for that option.

Spaciousness: Once again, the Kia Cadenza simply has more. According to US News Ranking and Reviews, the Cadenza has 40 inches of front headroom, while the Lincoln MKZ has less than 38. It also has better headroom for rear passengers, and a larger truck. If you are interested in learning more about the Kia Cadenza click here.

For luxury vehicles, those three factors make a big difference. With wins in infotainment, luxury features, and overall space, the Kia Cadenza easily knocks off the 2013 Lincoln MKZ.

You can even fill out a Contact Form and we’ll reach out to you immediately.