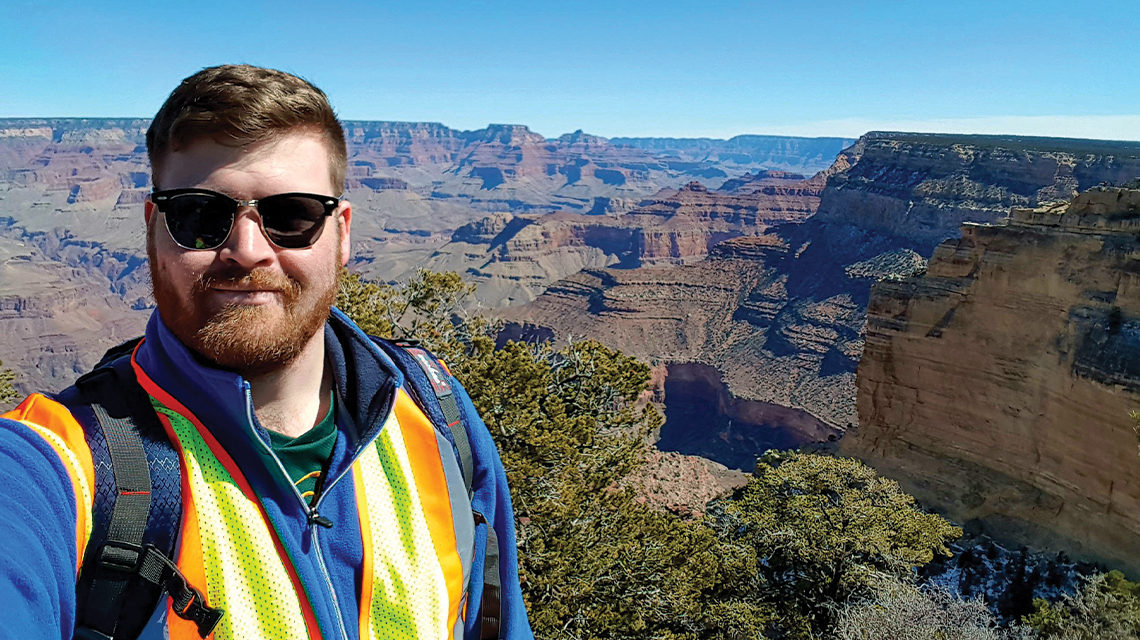 Meet Josh, the newest member to the Roadmaster Marketing team!  You will catch him out and about with a camera in his hand as our new Video Production Specialist.  Josh gets fired up each day knowing that there will be something new and exciting to work on.

Josh was born and raised in South Africa and currently lives in Waterloo with his significant other. While they don’t have any pets, he has family all over the world, including 6 siblings and over 30 cousins. His biggest accomplishment was being nationally recognized for his leadership and civic engagement by Campus Compact.

Campus Compact is an organization that recognizes leaders on college campuses. His junior year of college, Josh was Student Body President and made a whole lot of changes to the functioning of certain parts of the school that made life for groups of underrepresented students better. For example, making on-campus living affordable so people could work to pay off their loans during the summer without having a majority of the money they earned go to living expenses. The President of the college recommended to Campus Compact that they admit Josh as a Newman Civic Fellow, a program run by the organization that recognizes leaders around the country, and he was one of the small number of students from Iowa that got the recognition.

The very first job he had was at a County Club where he played rugby. He enjoyed meeting different types of people and made best friends with the head chef. You can imagine what came with having a chef as a best friend? He is pretty sure he had the most epic burger on the planet! From there his career grew and he became a Camp Counselor where he ran the paintball arena. Needless to say that was his favorite job so far. He went on to college and majored in broadcasting and marketing and is happy to be a part of the Roadmaster team now.

One person he admires is Ava DuVernay, a documentary filmmaker. She tells some of the most incredible stories in ways that are engaging and keep people interested in difficult topics. As an aspiring filmmaker, she’s someone he’s looked up to for a while and would strongly recommend people watch her works. Josh is also a huge fan of rugby and soccer and would love to visit Norway someday.

Josh just purchased his first vehicle ever from our Volkswagen dealership.  His personal motto, “Life keeps on going, right up until it doesn’t.” He is excited to grow professionally and personally while at McGrath, ensuring he has a strong start to his career.  Welcome to the Roadmaster Marketing team Josh!

*Roadmaster Marketing is a full service ad agency established in 2020, a part of the McGrath Family of Dealerships.