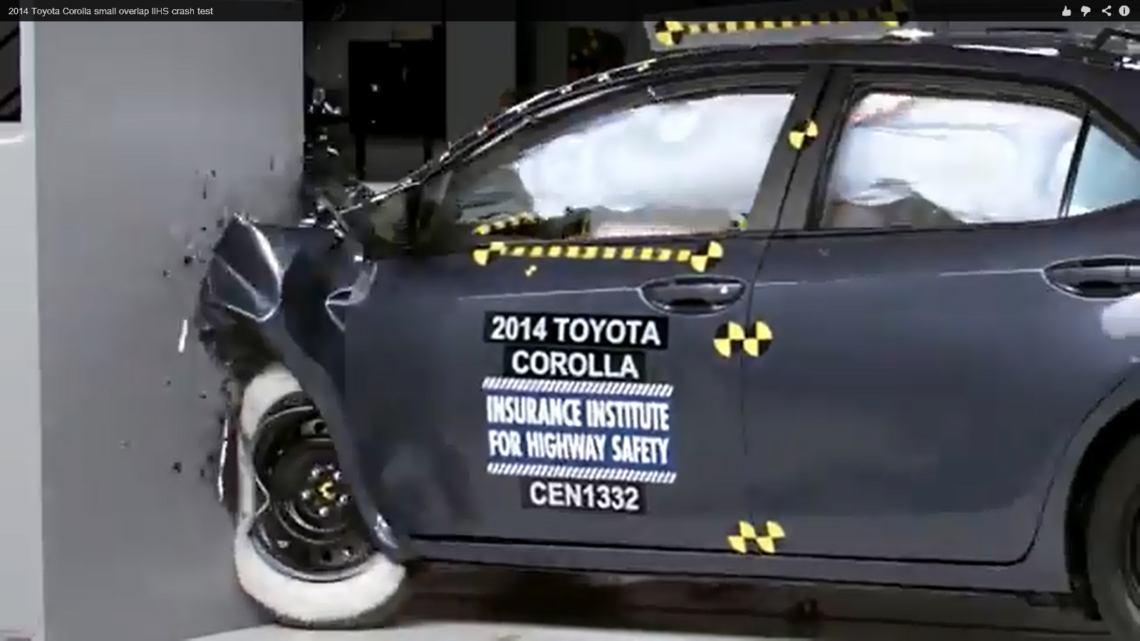 The Toyota Corolla, one of the most popular cars in Toyota’s lineup, has earned only a “Marginal” safety rating from the Insurance Institute for Highway Safety (IIHS) in their small overlap front test.

The “marginal” rating means the 2014 Corolla is ineligible for the Top Safety Pick Plus designation. 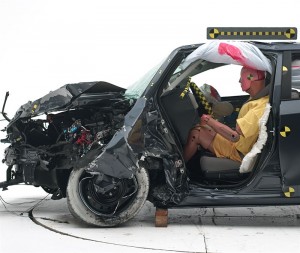 The IIHS says that the dummy’s position in the 2014 Corolla indicates that the “survival space was not maintained well”.

To earn a Top Safety Pick Plus rating, a vehicle must score at least “acceptable” or “good” in all tests, which include small overlap front, side, roof strength, and head restraints and seats.

The small overlap front category tests the vehicles safety if a vehicle’s front corner strikes another vehicle or a fixed object like a tree or telephone pole.

The independent, nonprofit IIHS said that the “structural performance (of the 2014 Corolla) was poor and the driver’s space was seriously compromised by intruding structure”.

Measurements from the crash test dummy showed that injuries to the left leg would be possible in a real-world small overlap collision.

While the 2014 Toyota Corolla will not be a Top Safety Pick Plus, that doesn’t mean that the top rating can’t be found in Cedar Rapids.

The 2013 Dodge Dart has earned a Top Safety Pick Plus (IIHS) and 5-Star Safety Rating (NHTSA).

Cars like the 2013 Dodge Dart are already carrying the highly-regarded designation.

With advanced high-strength steel and 10 standard airbags, the 2013 Dodge Dart is a Top Safety Pick Plus.

The Dart has also earned a 5-Star safety rating from the National Highway Traffic and Safety Administration (NHTSA), making it one of the most awarded cars for safety and security.

If you need a safe vehicle for you and your family, call McGrath Auto today at 877-226-0908 to learn more about the Dodge Dart and other highly-safe cars, trucks, and SUVs.

We have six locations throughout the Iowa City and Cedar Rapids area, so finding a safe vehicle near you is simple.