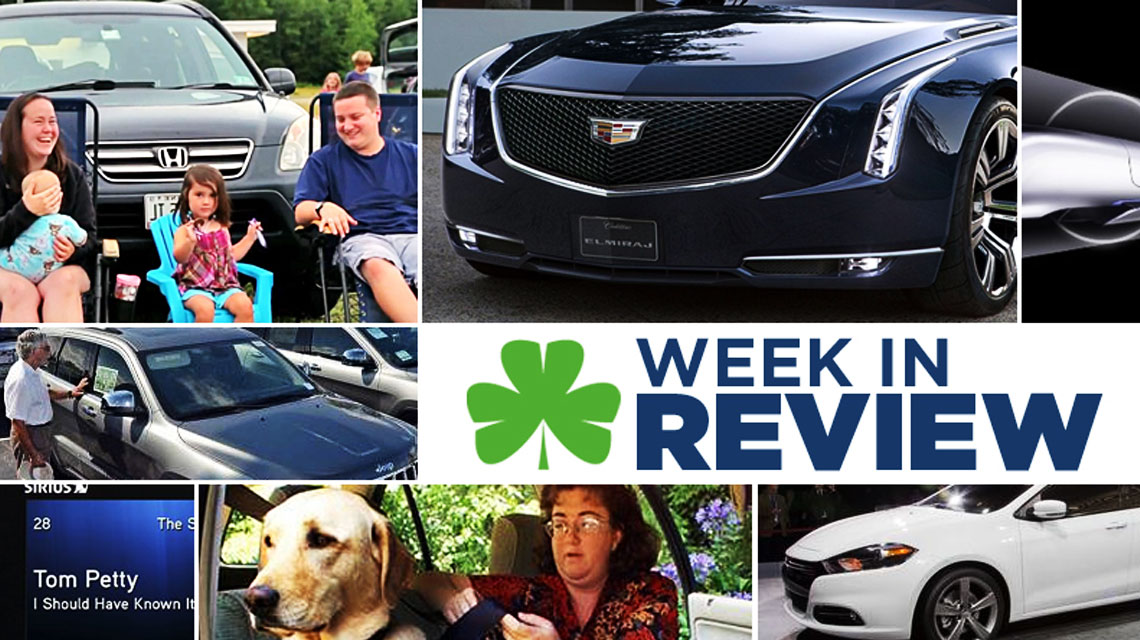 Every week, the automotive industry comes out with changes, innovations, and (more often than not) a little drama.

With that in mind, we’d like to share a quick rundown of the most interesting and important events and happenings from the car industry.

Here are the top news stories from this week’s car world:

2015 Cadillac Escalade to Debut in NYC: Another story related to Cadillac’s future, General Motors announced that the redesigned 2015 Cadillac Escalade will debut at a special New York City event in October. Facts are sparse, but the large luxury SUV is expected keep the square, truck-like theme with slight changes, and will ride on the same platform underpinning the 2014 Silverado and Sierra trucks. Learn more here

Ford Lowers C-Max Rating: Ford initially stated that the C-Max Hybrid was capable of achieving a 47 mpg for city, highway, and combined driving, but real-world test proved otherwise. After months of disputes, including lawsuits and heavy criticism, Ford has lowered the rating to 43 mpg and offered $550 to C-Max purchasers and $325 to leaseholders.

Elon Musk’s Hyperloop for Transportation: Traveling in futuristic tubes may not be so far away, as Tesla founder and CEO Elon Musk has revealed the plan for his “Hyperloop”, an 800 mph, solar-powered mode of transportation that uses pods to move people from city to city. Think an extremely fast train car in a large pipe, and you’re on the right track.

Subaru Conducting Crash Tests for Canines: The automaker teamed with the Center for Pet Safety to conduct tests and study the dangers of driving with a dog.  Results show that most restraints keep dogs from distracting drivers, but are inadequate as seat-belt equivalents.

Dodge Dart Earns Top Safety Pick+: The IIHS has awarded the 2013 Dodge Dart with another safety award. The Dart adds the Top Safety Pick+ award to a resume that already sports a 5-Star Safety Rating from the NHTSA. Learn more here

U.S. Car-buyers Keeping Current on Loan Payments: Experian Automotive reports that only 0.36% of vehicles were repossessed due to non-payments in 2013’s 2nd quarter. This is the lowest number of repossessions since Experian started tracking the data.

Honda Working to Save Drive-in Theaters: Project Drive-In is an attempt to raise money for digital projectors, the $75,000 to $100,000 standard among the film industry. Honda is donating 5 projectors and has a site to help raise more funding for theaters that are unable to make the large purchase.

5 millionth vehicle from Chrysler plant: Workers at the Jefferson North Assembly Plant in Detroit produced the 5 millionth vehicle to come out of the facility. The bilet silver 2014 Jeep Grand Cherokee made its debut in a special event at the plant with long-tenured plant workers in attendance. The vehicle will be donated to the USO.

Stay tuned to this blog for more automotive news and information, and check in next Friday for the latest weekly recap.

Call us today at 877-226-0908 to learn more about our tremendous service and large inventory.

We want to be your source for new and used cars, and we’ll do everything we can to earn your business.