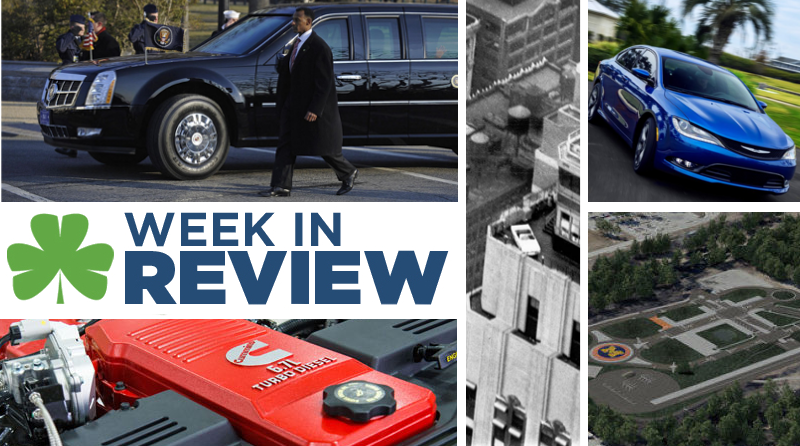 Pentastar V6 Moving on Up: The popular 3.6L Pentastar V6 is moving to higher trim packages on the Ram 1500. The Chrysler Group says the decision to put the engine in the Laramie Longhorn and Laramie Limited is based on customer demand, noting that many customers have been impressed by the engine’s performance in other Ram models like the Outdoorsman and Big Horn. Learn More Here

Seeking the Next Presidential Limo: The U.S. Secret Service is taking bids to replace the 2009 Cadillac limousine used to chauffeur the president. All U.S.-based brands are welcome to apply, but Autoweek predicts that the next limo, known as “The Beast”, will be another Cadillac due to the exceptional performance of the current version. Learn more about “The Beast”

Call McGrath Auto today at 877-226-0908 to learn more about our excellent service and large inventory of high-quality vehicles.