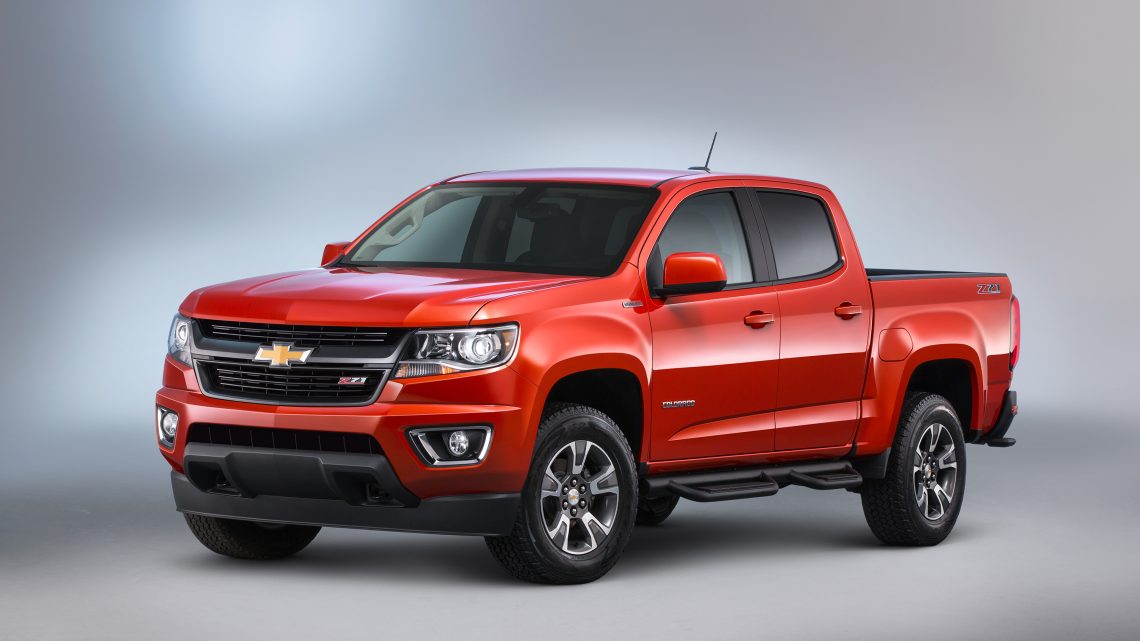 Chevy has been hinting at a turbo-diesel Colorado and finally, this fall, it will be making its debut. This is extremely exciting news, as the fastest-selling mid-size truck will also become known as the cleanest burning diesel GM has to offer. Not to mention, it will be reasonably priced just over $3,700 more than the equipped 3.6L V-6 model.

Why should you consider the turbo-diesel Colorado over the V-6?

While the two remain comparable, the turbo-diesel provides a towing capacity of 7,700 pounds on 2WD models, with an EPA that is projected to be the top of this already segment-leading gas model.
“Simply put, there’s no other midsize truck that can do what Colorado can with its all-new Duramax diesel,” said Sandor Piszar, director of Chevrolet Truck Marketing. “Along with greater capability and efficiency, it expands the Colorado lineup to give customers more choices and the capability of exploring more possibilities on and off the road.” 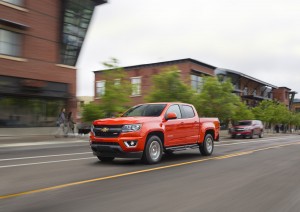 What else can you expect with the new 2016 Chevrolet Colorado Duramax Diesel?

You will not be sold short when it comes to tech on this mid-sized truck. Segment-exclusive features are the Chevy MyLink with phone integration, Apple CarPlay, and available OnStar with 4G LTE and Wi-Fi hotspot.

Safety features that will be added to the already impressive features the Colorado contains are Lane Departure Warning and Forward Collision Alert.

How about we talk about getting the job done.

Let’s face it, you need a truck that can handle all the different jobs you need to haul. The Duramax Diesel Colorado offers a standard CornerStep rear bumper for accessing cargo, an available EZ Lift-and-Lower tailgate, and 13 standard movable tie-down locations in your truck bed.

One feature that is found most often in a big rig is the driver-selectable exhaust brake system. This is now being offered on the Chevy Duramax Diesel. What this product provides is improved vehicle control, reduced brake pad wear, and when engaged in cruise control, it provides a decrease in speed when it senses you are heading downhill so that the driver does not have to apply the brake, nor turn off cruise control. Thus providing you a better driving experience, and better gas mileage.

The Colorado’s new 2.8L Duramax turbo-diesel is a based off GM’s family of turbo-diesel four-cylinder engines that have been thought-out and are SAE-certified at 181hp at 3,400 rpm and 369 lb-ft torque at 2,000 rpm. You need an expansive torque band to be powerful at a low rpm, then the turbocharged strength gives you an instantly smooth horsepower experience.

Giving you a clean and quiet ride.

GM is priding itself on keeping your turbo-diesel Colorado engine as the cleanest engine they have ever produced. Meeting some of the most challenging U.S. emission standards was not a challenge greatly due to the cooled exhaust gas recirculation (EGR) system in the diesel engine. The EGR helps lower emissions by channeling some of the engine-out exhaust gas and pushing it back into the fresh intake air stream, which is drawn into the cylinder head for combustion. This process lowers combustion temperatures and rates, bettering emission performance by reducing the formation of nitro oxides.

Another first for GM is introducing a device called the Centrifugal Pendulum Vibration Absorber (CPVA) in the torque converter used with the standard Hyrdra-Matic 6L50 six-speed automatic transmission. Breaking it down, all that those technical terms mean that you will receive a smoother and quieter ride than what is expected in a diesel truck.