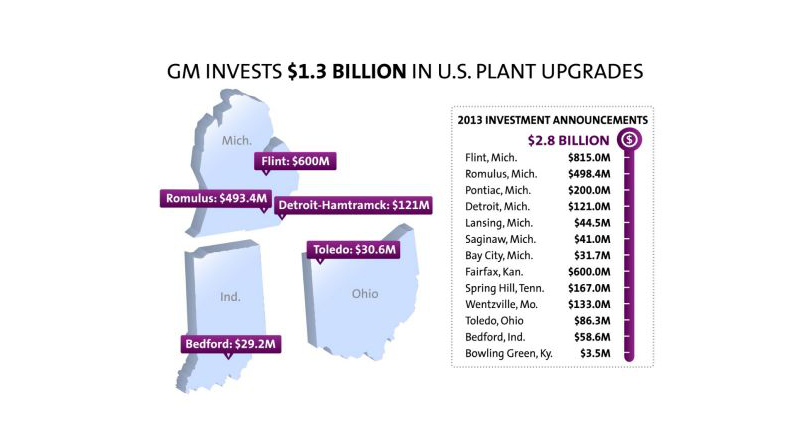 These upgrades will lead to more advanced cars and trucks while helping GM create or retain 1,000 jobs, according to a press release. 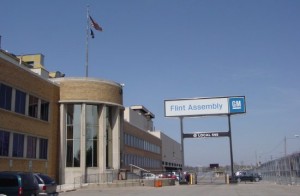 A large portion of the investment will go towards production of a recently-developed 10-speed transmission, which was a joint project between Ford and General Motors.

Another major part of the investment will go towards a new V6 engine. Specific details for both the 10- speed gearbox and V6 engine will be announced later.

Leaders at GM have hailed the move as a positive step for American manufacturing, continuing the momentum that GM and other automakers have built over the past years.

General Motors VP Mark Reuss said that “these investments add up to higher quality and more fuel-efficient vehicle” for drivers across the country.

“GM is committed to a strong American manufacturing base and creating jobs in dozens of communities throughout the country. (These) plant upgrades continue the momentum of a resurgent auto industry.”

The recent $1.3 billion investment will be divided among 5 different locations:

McGrath Auto is proud to be associated with General Motors, a company dedicated to American jobs and environmental responsibility.

Give us a call to learn more about our complete inventory of new and used vehicles!