Through the collaboration, GM and TARDEC will work together to test new hydrogen fuel cell material and designs and evaluate their performance and durability before putting them into full-scale production. 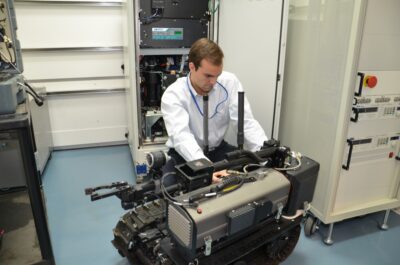 A U.S. Army engineer works on fuel cell testing at a TARDEC facility in Warren, Michigan.

According to a press release from GM, the partnership, which is expected to last up to 5 years, will help both groups meet their requirements, accomplishing more than either organization could on its own.

In addition to the partnership, TARDEC is evaluating GM fuel cell vehicles that were displayed in a Hawaii demonstration.

“Our relationships – like this one with GM – are maturing and accelerating technologies critical to the transportation and energy capabilities of the future.”

Fuel cell technology uses the chemical energy from hydrogen to create electricity. The system helps reduce petroleum consumption and emissions, as the only by-product of fuel cell use is water vapor. 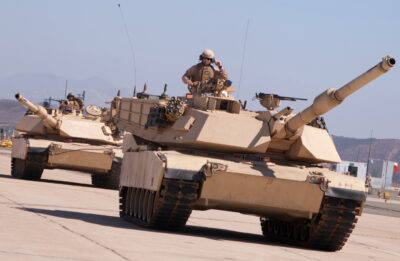 The technology can be used in just about any vehicle or machine, including cars, buses, tanks, submarines, ships, and industrial equipment like forklifts and skid loaders.

General Motors leaders believe fuel cell technology will be a key energy source in the future.

Earlier this year, the automaker joined forces with Honda do further develop the technology. Like the military project, GM believes it can accomplish more by working in collaboration with another group.

GM has established itself as a leader in fuel cell technology. According to the Clean Energy Patent Index, GM has more fuel cell-related patents filed between 2002 and 2012 than any other company.

“We believe hydrogen fuel cell technology holds tremendous potential to one day help reduce our dependence on petroleum and we are committed to building on our leadership through the continued development.”

GM is currently building the Fuel Cell Development Laboratory in Pontiac Michigan, where the majority of the GM-TARDEC testing will take place. 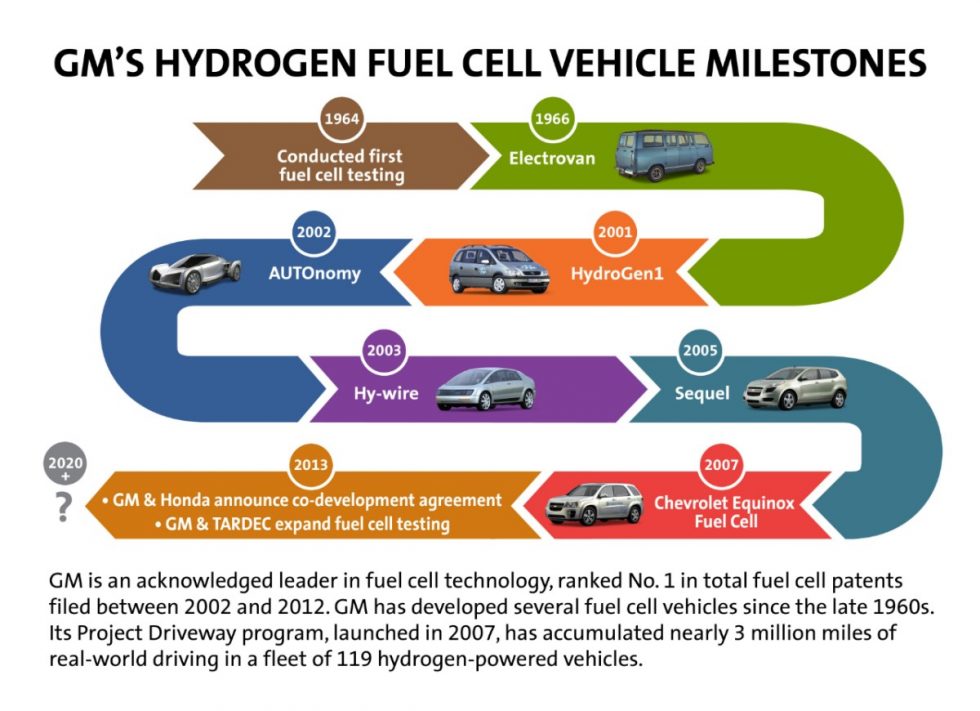 Call Pat McGrath Chevyland today at (319) 393-6300 to learn more about our large inventory of high-quality new and used vehicles.