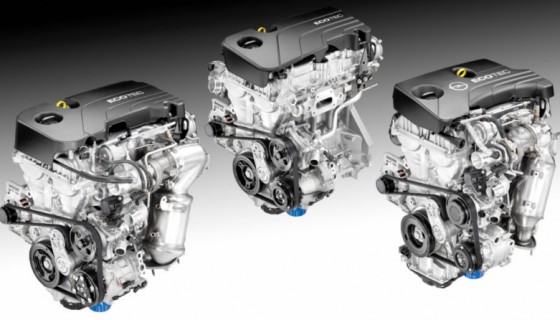 General Motors is adding three small engines to their global lineup, giving drivers in Cedar Rapids and across the globe access to better fuel-efficiency without sacrificing performance.

These engines will be available in a wide range of vehicles, including cars and crossovers.

The three engines were developed to fit GM’s global portfolio. They were designed with a modular system, meaning they have interchangeable parts that make them easy to for flexible arraignment and replacement.

The next generation small-displacement Ecotec engines:

Although GM hasn’t announced what American vehicles will hold these engines, Steve Kiefer, GM vice president of Global Powertrain Engineering, said that the company hopes to use the engines is 27 different models by 2017.

GM leaders have said that the first vehicles to get the engines will be the Opel ADAM in Europe and a model of the Chevy Cruze intended for the Chinese market.

Possible American recipients of these smaller engines include the Buick Encore, Cadillac ATS, and GMC Terrain, Chevy Cruze, and CHevy Equinox. This is simple speculation based on the size of these vehicles and their current availability with a four-cylinder engine.

The Buick Encore seems like a likely candidate for the new engines.

The Buick Encore and Chevy Cruse seem like the most obvious choice.

The Encore currently holds GM’s current 1.4L engine and shares a platform with the Opel Mokka, a popular GM vehicle for sale in Europe.

The Cruze with one or more of these engines is already slated for the China market, so a North American version seems likely.

All three of the engines will use advanced technology to enhance fuel-efficiency without reducing power. Like GM’s larger engines that power their trucks and SUVs, the new engines will use direct injection and variable valve timing.

The new 1.4L turbo, which is slotted for the Chevy Cruze in China, is expected to deliver 148 horsepower. The 1.0L turbo in the Opel Adam is expected to provide similar power to the 1.6L engine it replaces, while providing a 20% boost in fuel-efficiency.

“Along with performance and efficiency targets, we’ve also aimed for segment-leading refinement with low noise and vibration – and we’ve hit the bulls-eye.”

Call McGrath Auto today at 8767-226-0908 to learn about our current inventory of fuel-efficient vehicles.

We have a new or used car waiting for you, so call now!