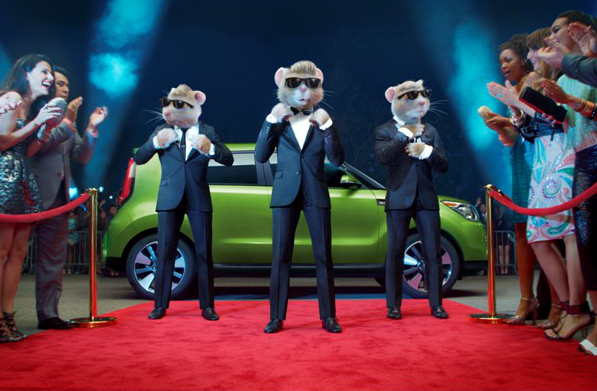 The Kia Hamsters are slim and fit, thanks in part to Lady Gaga, who provided the track song for the latest Kia commercial, “Totally Transformed”.

The spot aired after Lady Gaga’s performance at the MTV Awards.

Take a Look at the First Kia Hamster Commercial:

They have added a wide variety of design features, while maintaining the Soul’s recognizable look and feel.

Call McGrath Kia today at 888-619-8282 to learn more about these incredible vehicles.