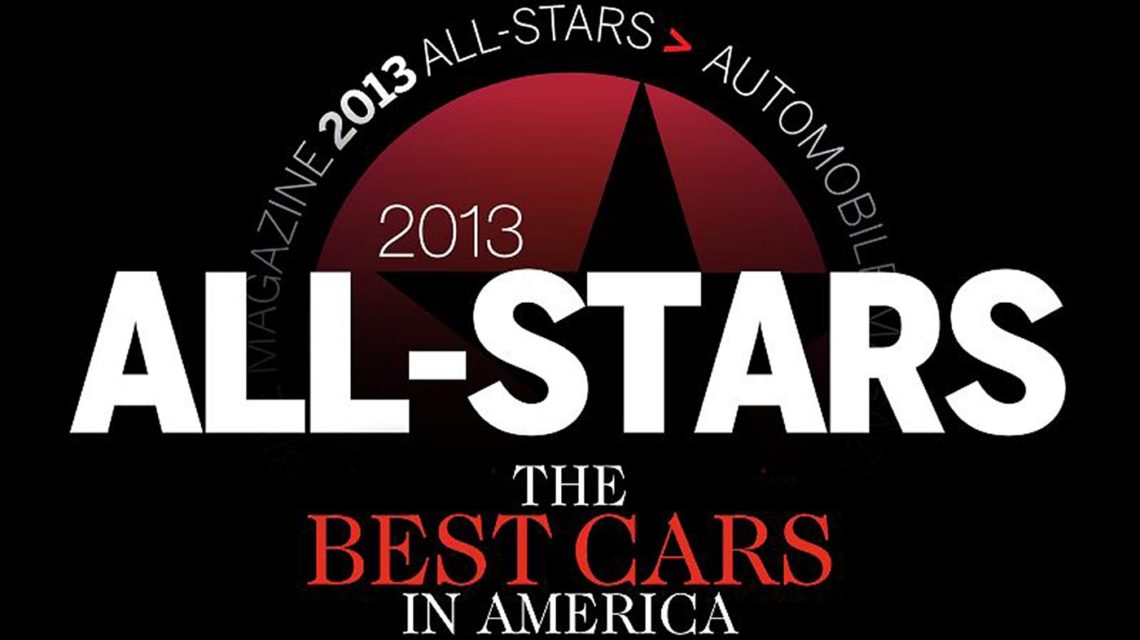 The 2013 Chevy Camaro ZL1 and the 2013 Ram 1500 earned the esteemed honors. One represents a new golden age for sports cars, while the other is the archetype of the modern truck: powerful yet sophisticated.

Automobile Magazine clearly laid the qualifications for the awards: anything sold in America that was available for testing during the fall of 2012. Exotic cars excluded. No score sheets, just 16 editors and contributors touting innumerable opinions.

Although a focus on fuel-efficiency may have dulled the sports car segment as a whole, modern technology is creating a high-performance renaissance.

Because Camaro was such a large player in the golden age of pony cars, it’s only appropriate that it’s setting the new standard in 2013.

As you’d expect, the ZL1 is very quick, as only something capable of tearing through the quarter mile in twelve seconds can be. Yet the miracle of the Camaro ZL1 is your ability to control it.

The editors and contributors of Automotive Magazine loved the ZL1’s 580 horsepower, but what really stood out to them was the control and handling that came with car.

The muscular Camaro ZL1 has an advanced chassis that give a smooth ride with responsive handling, and the reviewers raved about the car’s drivability and come-one-come-all attitude.

It wasn’t too long ago that trucks were graded on sheer muscle.

The trucks of yesteryear were made to be heavy towing machines; nothing less, and not much more.

Today, trucks need to be more than a plow horse; they need to be a pleasurable ride that doesn’t buck and easily glides across any terrain, whether it’s a rough trail or a city parkway.

At speed you can feel the truck squat, and shutters in the grille close to improve the aerodynamics. This is not to say the Ram doesn’t ride like a truck, but you don’t have to manhandle it.

On that theme, Automobile Magazine especially loved the luxurious seating and “creature comforts” found in the Ram 1500 Laramie Longhorn, such as Garmin navigation, backup camera, and rain-sensing wipers.

And of course, it’s a truck, and the 5.7L V8 gives the Ram 1500 excellent torque and horsepower, helping it haul heavy loads and swiftly accelerate into highway traffic.

Whether you like smart-minded trucks or easy-handling performance cars, we have a vehicle for you.

Whether you like smart-minded trucks or easy-handling performance cars, we have a vehicle for you. Call McGrath Auto today and learn more about our excellent inventory.