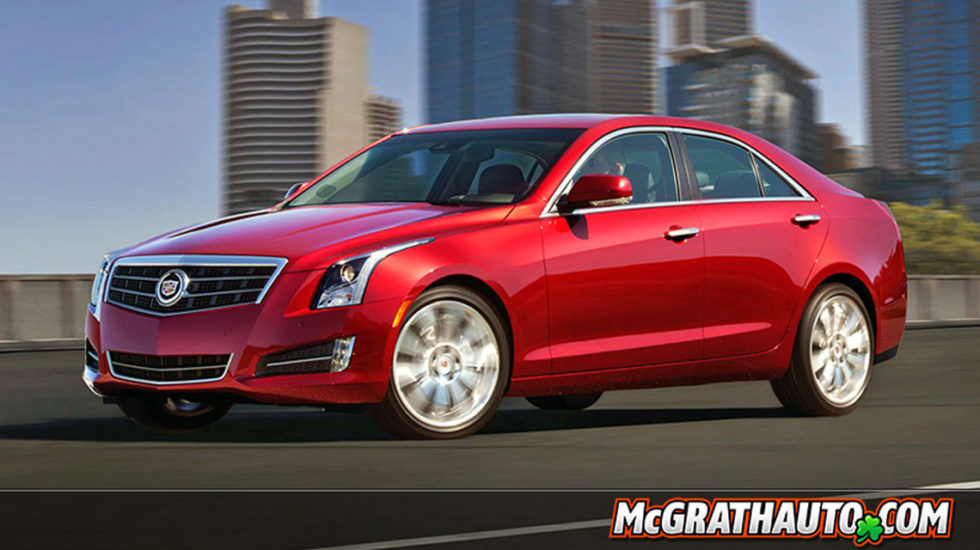 Expected for release summer 2012, Cadillac has an all new compact luxury sports sedan set to take the BMW 3-Series head on with the built-from-the-ground-up 2013 Cadillac ATS. Even better, the 2013 Cadillac ATS will be available at the Cedar Rapids area’s new home of Cadillac vehicles, McGrath Buick GMC Cadillac in Hiawatha, Iowa! For more information, use contact us here. 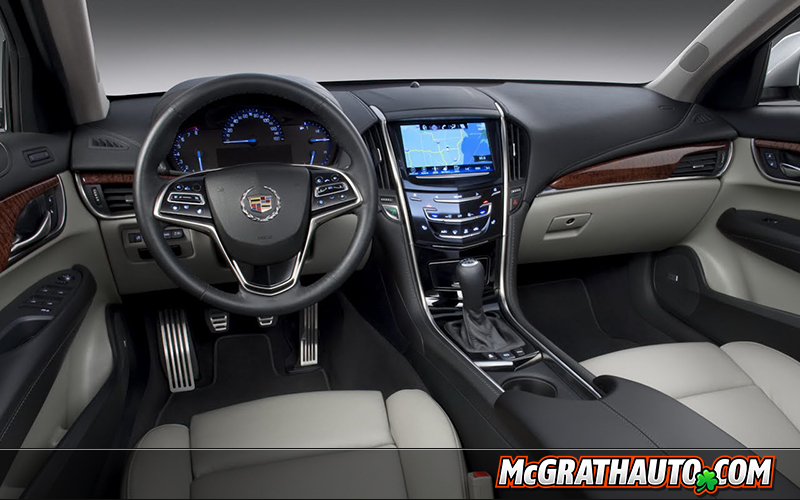 The all-new RWD, 4-door, 5-passenger 2013 Cadillac ATS is new in every sense of the word. With a design style reflecting Cadillac’s Art & Science philosophy, its striking, elegant appearance is perhaps less conservative than Cadillac models currently on the road. The Cadillac ATS rides on GM’s newly designed lightweight Alpha architecture, allowing the ATS to weigh in at less than 3,400 pounds, which is as light or lighter than its German and Japanese competitors. The ATS also features Cadillac’s first five-link independent rear suspension as well as multi-link double-pivot MacPherson strut front suspension with direct-acting stabilizer bar, driver-adjustable sport suspension with Magnetic Ride Control damping originating from the Corvette ZR1 and four-channel ABS with optional Brembo brakes. The chassis has been fine tuned to deliver precise steering and handling and has been optimized around available 17″ and 18″ wheels.

The 2013 Cadillac ATS looks to compete in the power department as well, with three available powertrain options. The base ATS will feature a 2.5-liter, 200 horsepower inline four-cylinder engine. The second available option makes its debut on the Cadillac ATS and is an all-new 2.0-liter turbocharged Gen II Ecotec four-cylinder motor with 270 horsepower and 260 lb-ft of torgue, besting the 240 horsepower 2.0-liter found in the base 3 Series. Third is a 3.6-liter DI v6 option that GM estimates at an impressive 318 horsepower. A six-speed manual and a six-speed automatic transmission will be available with the ATS, but Cadillac hasn’t revealed the specific configurations.