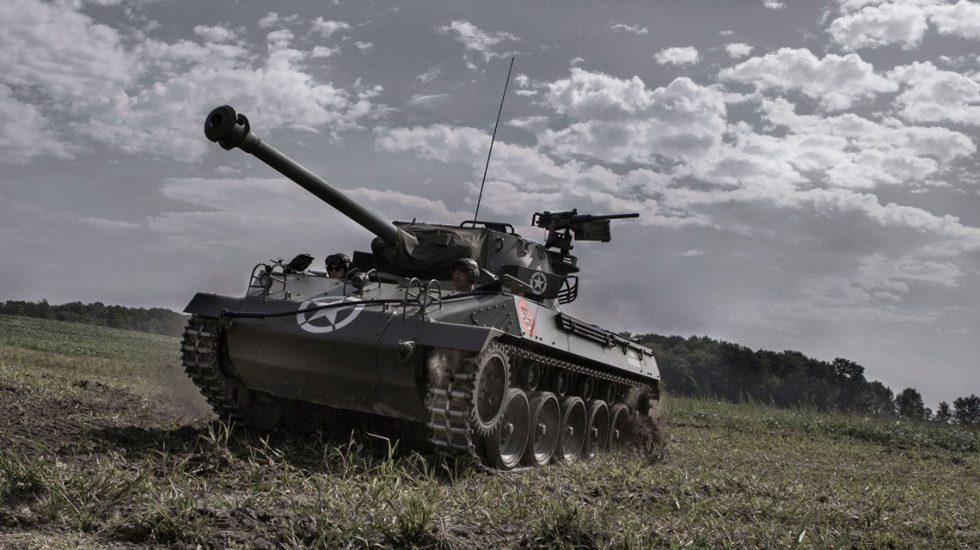 Buick is best known for comfortable and stylish sedans, but did you know that one of the car maker’s most successful vehicles is actually a tank?

During World War II, nearly every manufacturer in the country contributed to the war effort, but few contributed as much as Buick, who built the fast and effective M18 Hellcat.

After America officially entered World War II on December 8th, 1941, the industrial might and engineering prowess of the nation was turned to assisting in the military effort.

General Motors, one of the largest manufacturers in the entire world, contributed heavily to the effort. Assisting in everything from bullets to air planes, GM put Buick, one of its top brands, to work designing a unique fighting vehicle: a mobile, speed-oriented tank.

While most tanks built up to that point focused on heavy cannon fire and thick armor, Buick had a different goal with their project: building a tank that could move swiftly across the battlefield and travel from one point to another with unmatched speed. 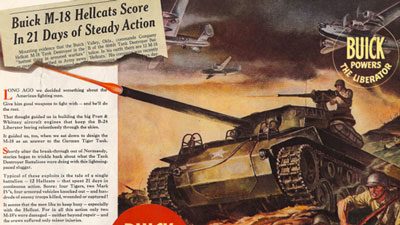 The project was kept secret for the majority of the design and engineering process. The first newspaper article on the project was released only a month before production began.

The result of the project was the Buick M18 Hellcat, a tank that was capable of reaching 60 mph when lightly loaded. Even when fully loaded and ready for battle, the Hellcat could reach 50 mph on a regular basis while the German competition was topping out around 20 to 25 mph.

Military historians are quick to point out that the M18 Hellcat is technically a tank destroyer, and not officially classified as a “tank”.

The Hellcat held a crew of 5 (commander, gunner, loader, driver, co-driver) and weighed 17.7 tons. To put the weight in perspective, the M4 Sherman, another tank used by the Americans in WWII, weighed over 33 tons. German tanks like the Panther weighed around 56 tons, while the Tiger II topped out around 75.5 tons. Needless to say, the Hellcat was easily the most nimble tank on the battlefield.

Although the tank was used in Africa, Asia, and the Pacific, the Hellcat saw the most use on the battlefields of France and Germany. Due to the island-hopping nature of the Pacific campaign, tanks were not as common in the fight against Japan. 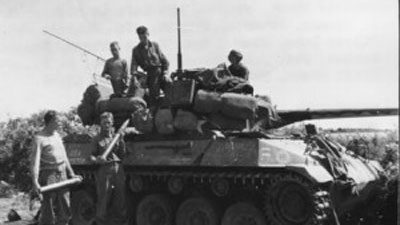 The Hellcat’s greatest advantage was the ability to outflank the cumbersome German tanks. Moving swiftly, the Hellcat could attack the lighter armor on the side and rear of the enemy.

Buick also engineered the Hellcat for easy repair and maintenance in the field. This allowed soldiers to make changes quickly and not be inhibited by long periods of downtime.

The Buick M18 Hellcat was used in numerous skirmishes; including famous events like D-Day and the Battle of the Bulge, a major fight that saw heavy American casualties but greatly depleted Germany’s fighting resources.

Thanks to the innovation of Buick’s engineers, America’s brave soldiers were given an effective tool to help win the war.

While nothing compares to the courage and sacrifice of the Allied troops, the M18 Hellcat is an prime example of the supreme engineering and intelligent design found throughout the history of Buick.

While we may not have the M18 Hellcat on out lot, we do have a large inventory of intelligently-designed Buick vehicles.

We are ready to help you find the Buick at the right price, so stop by our location today!