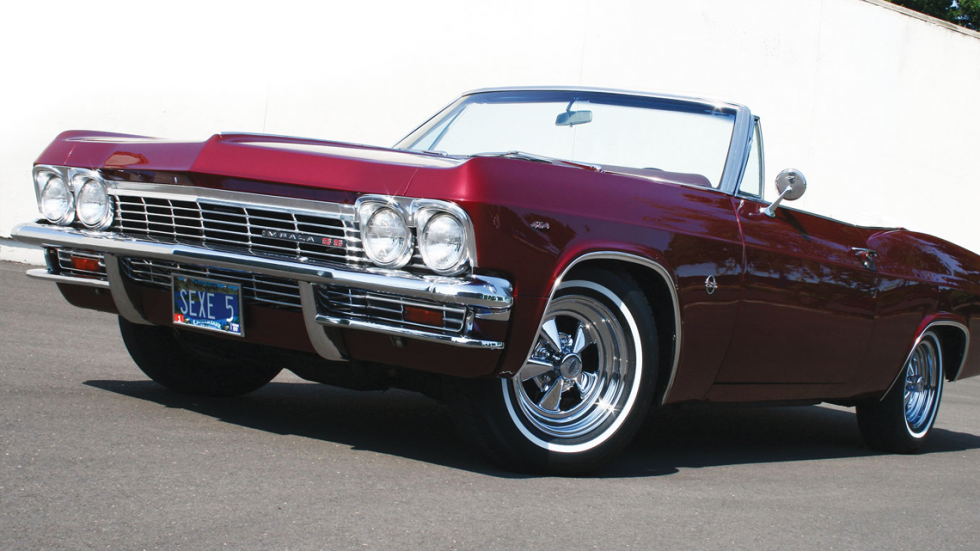 You can’t understand automotive history without knowing the history of the Chevy Impala, one of the best selling cars in America. Traditionally a big, room sedan with style and power, the Impala stands as an icon of American cars.

Take a look at our full inventory of Chevy Impalas

First introduced in 1958 as a top-end version of the Chevy Bel Air, the Impala broke away and became its own model after only one year. Recognizable with its exaggerated bat-wing rear fins and elongated body, the Impala became an affordable car that still had class and style. In 1959, a brand new Impala was priced about $2,900, not bad compared to a new Cadillac, which could fetch around $6,000.

In 1965 the Impala got its first major makeover, with a smoothed out style taking over the big wings. Chevy also put the famous 409 engine (giddy up 409) into the Impala, making it one of the most powerful cars on the market. Many experts credit the 1965 Impala for spawning the classic muscle car era in. In 1965 the Impala also sold an incredible one million units in the US, setting an annual sales record that has never been matched.

1971 started a new generation of Impalas, with even more length and interior space added to the already long Impala. 1972 marked the final year that Chevy offered the Impala with a convertible option. Big and comfy; the Impala stayed relatively unchanged through 1976. 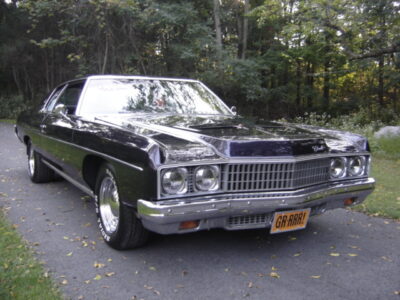 Changes in American preferences brought a more compact Impala in 1977. The body was significantly shortened and the cab was raised, giving the car more headroom and a taller look. The 1977 Impala/Caprice was so popular that it even won Motor Trend Car of the Year.

Throughout the years, the most significant changes to the Impala models were aesthetic. 1981 changed that with the addition of Computer Command Control, which was introduced to help the Impala meet stricter emission regulations. With a four speed automatic, the ’81 Impala could get 26 mpg highway, which was very impressive for an early eighties vehicle.

In 1986 Chevy stopped production of the Impala. The national icon had made it almost 30 years as America’s favorite automobile. Dwight Eisenhower was the President when the Impala was first rolled out, and Ronald Reagan was in the Oval Office when the Impala saw the final curtain.

Impala, as it turns out, was only taking a break, as the name was brought back for the 1994 model year as a muscled up 5.7 L V-8 sedan. The mid-nineties model only lasted until 1997, when the Impala took another hiatus, this time until 2000.

The 2000 Impala was introduced with as a front-wheel drive V-6 sedan and was most heralded for its advances in safety features, including available side-air bags, which were years ahead of upcoming regulations and the competition.

Redesigned in 2006, the more rounded style and variation from the four-circle style of taillights made the Impala another American favorite. The addition of a small-block V-8 restored Impala’s heritage of under-the-hood muscle and performance.

The 2014 Chevrolet Impala is Coming to Cedar Rapids

The 2014 Impala is set to start a new generation of Chevy’s best-selling, most popular car. Set to be released in early 2013, the new Impala has been transformed from the inside-out. Stay tuned to Pat McGrath Chevyland for the latest on these upcoming cars and all high quality Chevrolet vehicles.