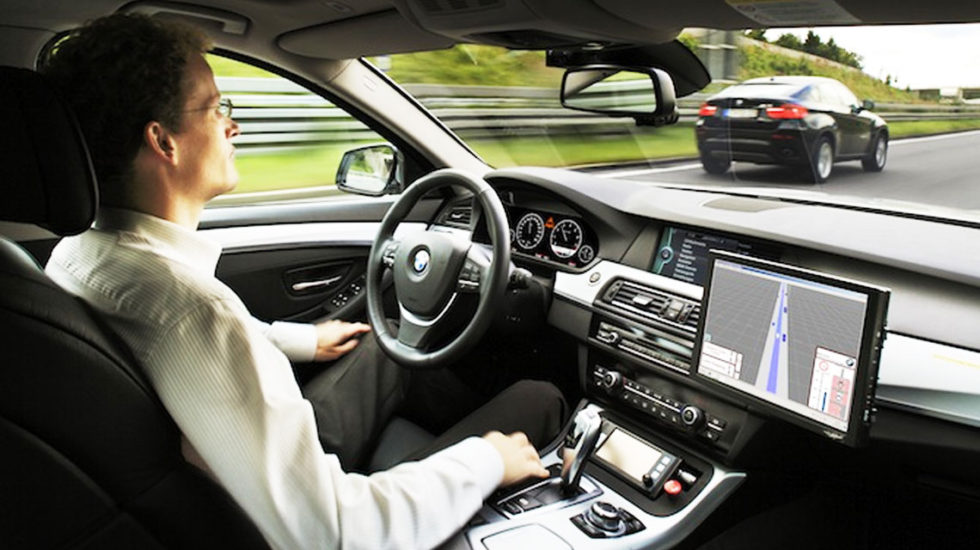 Driverless cars may be closer than you think.

This brings up a question. How close are we to actually having driverless cars on the road?

The answer seems to be pretty broad. Optimists say we could see autonomous cars on the road by 2020. Others have a timeframe landing closer to 2050. So anywhere between 8 and 38 years; not much of a definitive answer.

Slow, stop-and-go traffic is the only foreseeable application of driverless cars at this point. Basically, the hope is that when traffic is at a crawl, you can just put the car on autopilot and let it creep along the road by itself.  Once things speed up, the driver will have to take over.

Google is also in the autonomous car mix, as well as other developers. Some people are expecting driverless cars to be so precise and safe, that production of human operated cars could be eliminated completely. That seems far-reaching and far-fetched, but if driverless cars prove significantly safer than operated cars, well, anything is possible…

Just to keep things in perspective, here’s a video of future cars from the 1950s:

Other technologies that could appear in future cars include energy storing panels, image displaying windshields, and vehicle-to-vehicle wireless communication. In fact, a study by the National Highway Traffic Safety Administration in 2010 said that vehicle-to-vehicle communication has the potential to reduce vehicle crashes by 79%.

No matter what’s in store, one thing is for sure: the 21st century is a great time to have a driver’s license!

Take a look at our full inventory

While McGrath Auto may not have any driverless vehicles (yet), we do have a great lineup of new and used cars just waiting for you to come out for a free test drive. Call McGrath Auto today at 877-226-0908 to learn more about our current inventory.

You can even fill out our convenient Kelly Blue Book Trade-In Form to see what your vehicle is worth!

Don’t wait for the future, stop in now and find out how we can help you find the car or truck you want!