Home » Explaining the “Ackermann Effect” in the 2014 Corvette Stingray 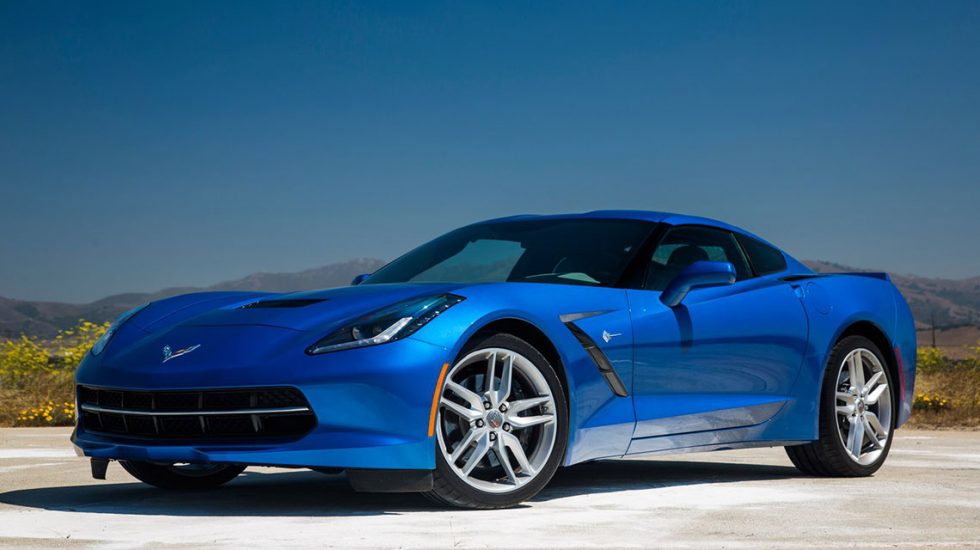 If you take the all-new Stingray for a drive, you may notice something before you even leave the parking lot. This little something may seem like a defect, but it’s not.

It’s called the “Ackermann Effect”, and although the issue was resolved 200 years ago, Chevy left it alone on the Corvette.

The reason? It’s the same reason the Corvette has a 50/50 weight distribution and electric power steering performance. 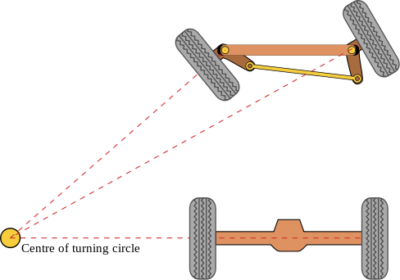 Without getting into too much geometry and mathematics, the Ackermann Effect is a skipping or lurching of the wheels when the vehicle is turning sharply. The effect is created by the inside and outside wheels traveling at different speeds and distances.

Essentially the outside wheels are traveling further, creating a skipping or jumping effect.

A system, which was patented by Rudolph Ackermann in the 1818, turned the wheels at different angles and created a smooth turn for four-wheeled wagons.

Most cars use a system to mitigate the Ackermann Effect, the Corvette Stingray, however, goes without.

Why the Ackermann Effect is Present in the 2014 Corvette Stingray:

Because this effect only comes into play during slow-moving tight turns, like navigating a parking lot, Chevy left the system alone in order to provide superior performance and handling.

The Ackermann Effect can be more noticeable in the 2014 Corvette Stingray with firm 18-inch front tires. 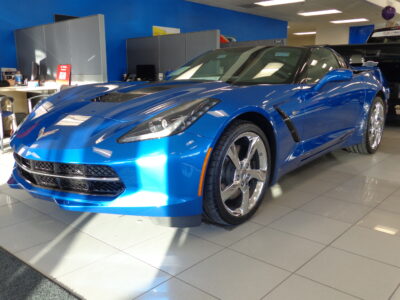 While the issue is also exacerbated by cold weather, which stiffens the tires, the effect can be essentially eliminated by controlling the turning radius.

So while the 2014 Corvette may not be the best for slowly moving around a parking lot, it is still one of the best cars for tearing up the racetrack or accelerating on the highways. It wasn’t made for parking lots, it was made for the streets and tracks; and that’s where it truly stands out!

Come see for yourself: Stop out to Pat McGrath Chevyland in Cedar Rapids and take a first-hand look at the 2014 Chevy Corvette Stingray.