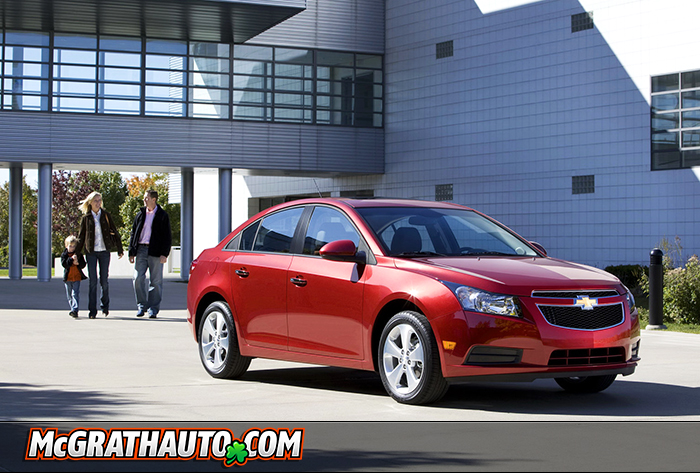 GM recorded a 27-percent gain, spurred by a 50-percent jump in demand for cars including the new Chevrolet Cruze. The results from the first automakers to report mark the first indication of how the industry fared in a month where the steady recovery was tested by rising gasoline prices and dwindling inventories resulting from the March earthquake in Japan. U.S. auto sales were up 20 percent through March.

“Consumers are continuing to rethink their vehicle choice,” said Don Johnson, head of GM’s U.S. sales operations. “A lot of sales continue to go into the compact car segment as well as the compact crossover segment.”

Sales of the Cruze compact topped 25,000 units in April, with retail volume nearly triple the car it replaced, the Cobalt, from a year earlier.

GM said its incentives per vehicle dropped by about $400 from March to April, without providing specifics. Truecar.com, an online shopping site, estimated GM’s incentives averaged $3,524 last month, up about 6.3 percent from the previous month and up 5.8 percent from a year ago.

It was the eighth consecutive monthly increase for GM and its biggest gain since a 46 percent advance in February. The average April sales forecast of 40 economists polled by Reuters was 13 million vehicles on a seasonally adjusted annualized basis, which would be a 16 percent rise from an 11.2 million-rate in April 2010 and on par with March. “There’s a recovery going on in the auto industry and the economy,” Ford sales analyst George Pipas said Monday. “There are more people working today than 2 or 3 months ago, and there’s more income.”

Discounts are forecast to drop 11 percent from April 2010 to $2,386 per vehicle last month, Truecar said.

“With inventory dwindling, automakers didn’t have to spend as much money to move metal,” TrueCar.com analyst Kristen Andersson said. “Incentive spending was at its lowest level since January 2006.”

Power expects the retail selling rate in April to reach 11.1 million units, while the SAAR for all light-vehicle sales is expected to hit 13.1 million units.

“Increasing gas prices and shortages in vehicle inventory have yet to trump the overall recovery that has been progressing since the fall of 2010,” said Jeff Schuster, head of global forecasting at J.D. Power and Associates.