Home » Jeep’s Future Was Shown in the Moab Desert 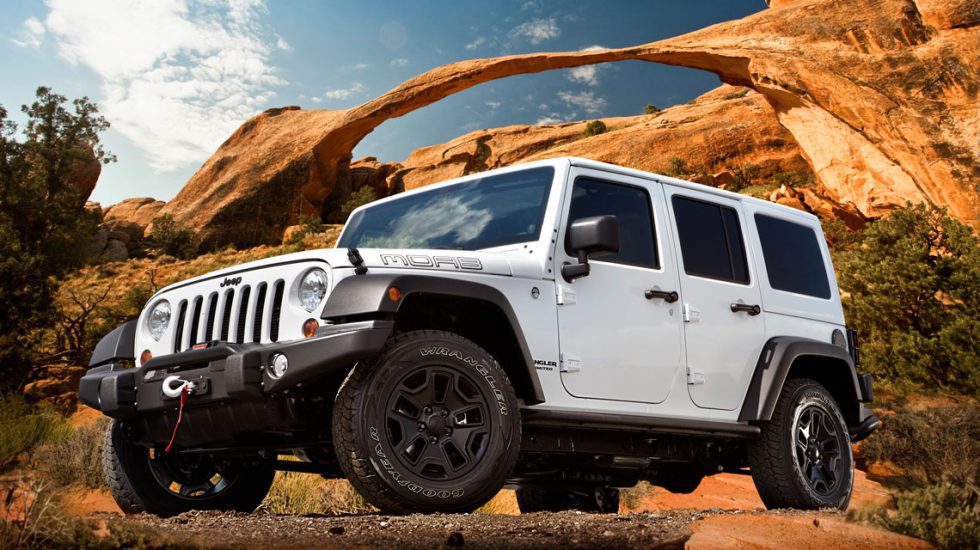 The historic Jeep brand displayed six concepts at the annual Easter Jeep Safari, giving a hint at what may be in store for future Jeep vehicles.

Six Jeeps were put on display, all hinting at the future of the Jeep brand, as well as other SUVs and off-roading vehicles.

Six Jeep Concepts Play in the Sand in Moab 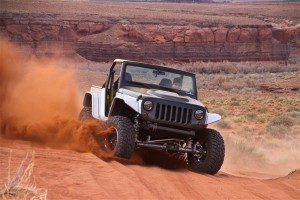 Lighter curb weight was the overall goal for the Stitch, and Jeep engineers accomplished this by adding fabric body panels, a carbon fiber hood, aluminum control arms, and a chrome moly roll cage. At about 3,00 lbs., the Stitch is much lighter than the Wrangler Rubicon, which has a curb weight above 4,100 lbs, according to Jeep’s website. 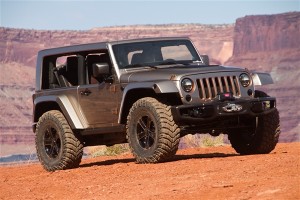 Jeep engineers brought the roofline down 2 inches, which meant they needed to slim down the windows. They also removed the middle pillar between the driver and passenger areas, giving the Flattop an open-air feel. 37-inch tires and a copper/gold paintjob give the Flattop a less-is-more style. 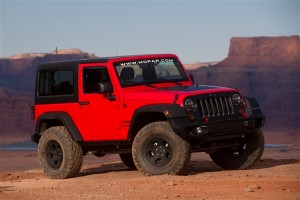 While this one isn’t as extreme as the Stitch, the focus was again on weight reduction. Based on the already lighter Wrangler Sport, the Slim has a wide range of weight-loss focused parts and a unique, yet still clearly Jeep, grille. To increase fuel-economy, this weight reducer might be the most practical Jeep concept. 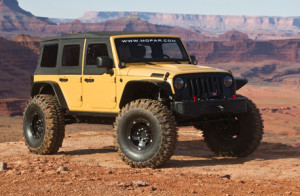 This high riding Wrangler concept rolls over roads and rocks with ease on whopping 40-inch tires. The Sand Trooper II is actually the sequel to a popular concept that was shown at last year’s event, now with a 375 hp 5.7L Hemi V8. This one is clearly focused solely toward off-road enthusiasts, displaying Mopar’s most extreme parts and accessories.

While it’s highly unlikely that any of these vehicles will actually see production, the do hint at the direction the historic Jeep name is taking into the future. Lighter and more powerful, these vehicles help maintain the off-road dominance that has made Jeep the leader on dirt roads.

For more on the Trailhawk II concept take a look at this video from TFL Cars:

Helping Iowa City and Cedar Rapids Get a Capable Jeep

If you love off-roading, or simple need a vehicle that can handle any road in any weather, call Pat McGrath Dodge Country today at (319) 393-4610. We have a large inventory of Jeep Wrangler, roomy Wrangler Limited, Grand Cherokee, and more!

Interested in a trade? Fill out a Kelly Blue Book Trade-In Form and see what your vehicle is worth!