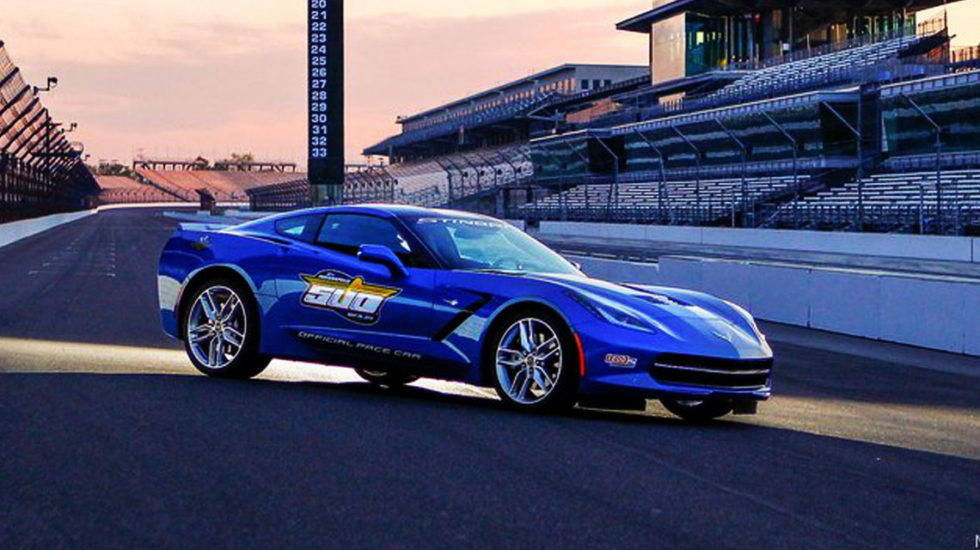 Jim Harbaugh, the fiery head coach of the San Francisco 49ers, will pace the 2013 Indianapolis 500 driving a 2014 Chevy Corvette Stingray.

This marks a record 12th time a Corvette has paced the Indianapolis 500, the first time was in 1978.

Harbaugh is no stranger to racing or to the city of Indianapolis. He was a quarterback for the Colts from 1994 to 1997, where here earned AFC Player of the Year and was named to the Pro Bowl in 1995.

Did you know?: Jim Harbaugh was the starting QB for the Colts in 1997; the next year the Colts would start rookie Peyton Manning.

“He personifies the Indianapolis 500’s spirit of competition – and he’s a true athlete, just like the all-new Corvette Stingray.” – Jim Campbell, GM V.P. of Performance Vehicles and Motorsports

The 2014 Chevy Corvette Stingray is expected to arrive in the fall, with a convertible edition coming a few months later. The car will carry Chevy’s all-new 6.2L LT1 engine, which features advanced technologies including direct fuel injection and continuously variable valve timing.

The Corvette Stingray will have 455 horsepower, making it one of the most powerful vehicles available.

When the Corvette Stingray arrives in Cedar Rapids, it will have a starting price of $51,995, a great price on one of the most technologically advanced sports-cars ever made.