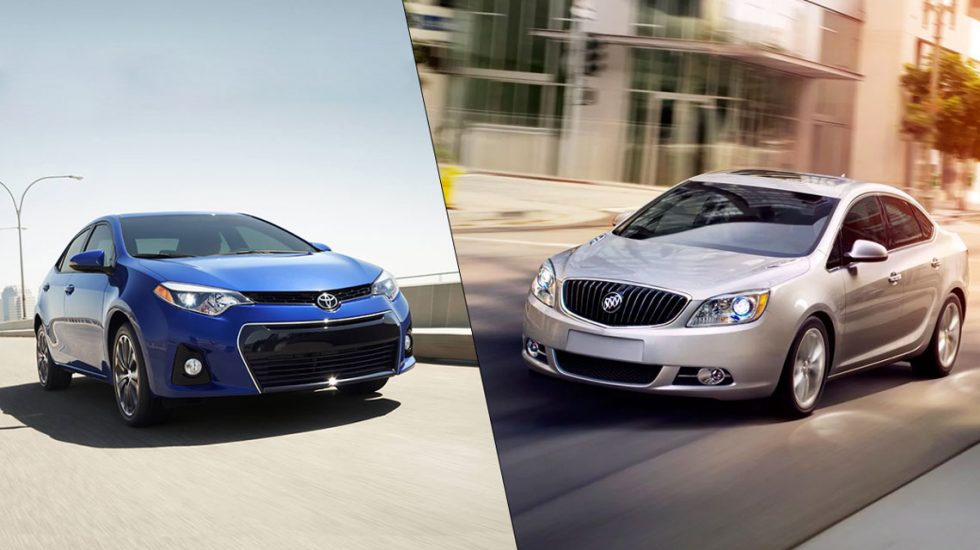 For drivers in Iowa City and Cedar Rapids looking for affordable, reliable sedans, the choices can be staggering.

Two popular vehicles, the 2014 Toyota Corolla and the 2014 Buick Verano, offer excellent styles and a comfortable cabin, but which one is the better choice?
Compared side-by-side, it becomes clear that one vehicle is clearly superior, due in large part to its more exciting performance and longer list of standard features.

Starting things off with handling and horsepower, the Buick Verano easily outpaces the 2014 Toyota Corolla. Quite frankly, the Corolla is not intended to be a sporty, exciting car, and it shows in the lackluster 132 hp and 128 lb-ft of torque. The Verano, on the other hand, has a base engine that achieves 180 hp and 171 lb-ft of torque.

While reviewing the 2014 Toyota Corolla, Steven J. Ewing wrote that ““Toyota says that the chassis (in the 2014 Corolla) has been tuned to provide a sportier feel, but allow me to be the first to call shenanigans”.

While the 2014 Buick Verano is a fully loaded sedan with plenty of infotainment and convenience features, the 2014 Toyota Corolla is a bare-minimum car that only has basic features in the standard model. The 2014 Toyota Corolla may come with a cheaper base price, but drivers who want technology and comfort will have to pay extra for those items, and may find many completely unavailable. 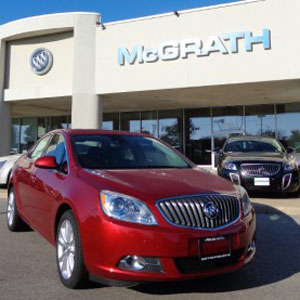 These features, as well as the unchallenged victory in performance and handling make the 2014 Buick Verano the clear winner over the 2014 Toyota Corolla. The Corolla is not intended to be an excitement-rich car; it’s the basic daily commuter that delivers transportation from Point A to Point B. The Buick Verano, however, is intended to deliver comfort, excitement, and entertainment.

Call McGrath Buick GMC Cadillac today at 319-393-3300 to learn more about our tremendous service and large inventory, including the Buick Verano.