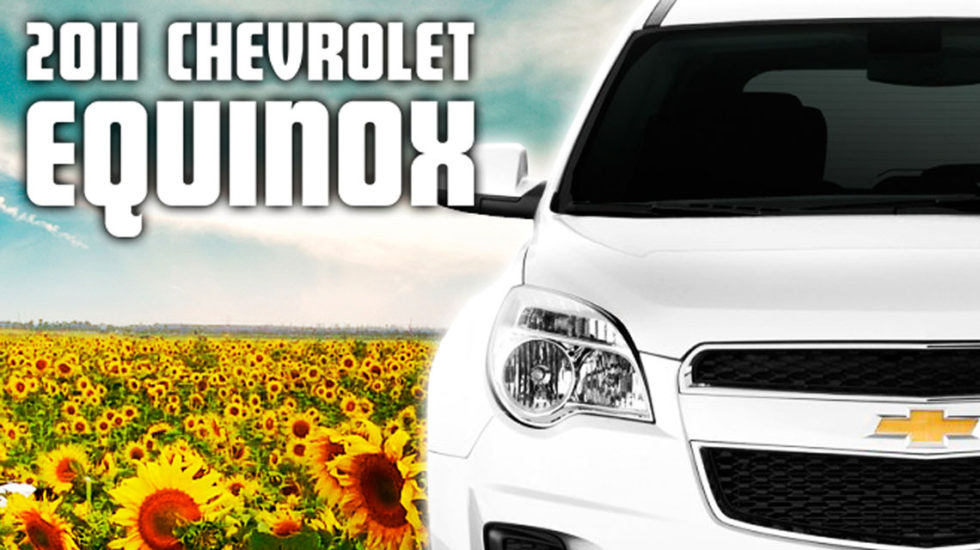 Award-Winning Crossover Meets Every Demand of Cedar Rapids Vehicle Shoppers
Sometimes, even the engineers can feel the vibe in their bones. When Chevy introduced the newly redesigned Equinox crossover last year, word spread that its designers were confident they had a winner on their hands. Month after month of record sales in what many call the most competitive segment in the business have transformed their intuition into cold, hard fact. Closing out 2010, Equinox sales jumped 79 percent for the month of December. For 2011, the new Chevy Equinox looks to keep customer demand booming with greater value, increased standard content, FlexFuel capability and a special Appearance Package meant to celebrate the spring season.

The new Equinox gathers awards at the same rapid pace as it draws buyers. Straight out of the box, Consumer’s Digest magazine named the Equinox a 2010 “Best Buy” while AutoPacific anointed it “Best in Class Ideal Vehicle” in the Premium Midsize Crossover SUV category. Awards aside, the one honor that likely resonates strongest with buyers is the 2011 Chevy Equinox’s status as the most fuel-efficient vehicle in its segment – four-cylinder models post an EPA-estimated 32 mpg on the highway. That’s better than even the Ford Escape Hybrid, which is listed at 31 mpg highway.

Regardless of model, the standard engine is Chevy’s hyper-efficient 2.4-liter ECOTEC four-cylinder. Making 182 hp and featuring Spark Ignition Direct Injection (SIDI), the ECOTEC four sends power to the front wheels through a six-speed electronic automatic transmission. All-wheel drive is optional. When you’re looking to maximize fuel economy, simply push the ECO button mounted on the dash. The result is a gas-saving alteration in the transmission’s shift patterns that lets you travel up to 600 highway miles between fill-ups.

Also available is a 3.0-liter V6 good for 264 hp and 222 lb/ft of torque. For 2011, the V6 is now E85 FlexFuel compatible, meaning it can run on gasoline or any gasoline/ethanol blend up to 85 percent ethanol. The boost in power from the V6 also helps to crank up the Equinox’s maximum towing capacity from 1,500 pounds to 3,500 pounds. 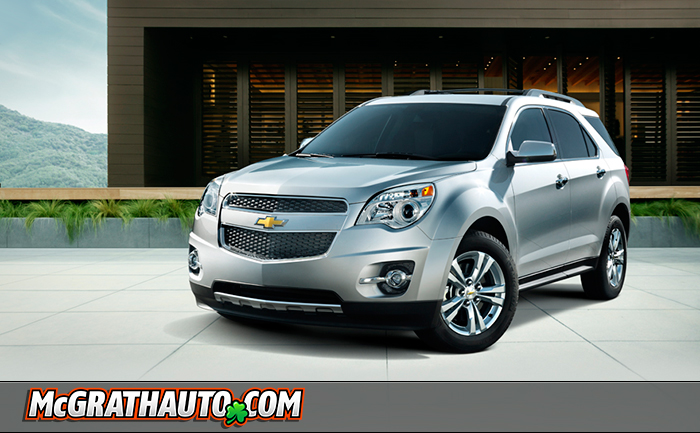 The new Equinox added yet another accolade to its resume this past year when it earned an Interior of the Year Award for trucks under $39,999 from Ward’s Auto World. Comfort, ergonomics, design harmony and quality of materials were all cited as standout attributes. Another factor passengers are sure to appreciate is the spaciousness provided by the MultiFlex sliding 60/40-split rear seat, which travels nearly eight inches fore and aft creating best-in-class rear-seat legroom. Pushing the MultiFlex seat forward and folding it flat delivers 63.7 cubic feet of cargo space.

The Equinox also takes value to an award-winning level, boasting an abundance of standard amenities. The LS model delivers cruise control, an AM/FM/CD/MP3 audio system, XM Radio with a three-month trial subscription, a compass display and a Driver Information Center. You also get OnStar with the Directions and Connections plan free for six months.

Stepping up to the 1LT model garners such standards as Bluetooth connectivity (optional on the LS), a USB port, body-colored and heated outside mirrors and a leather-wrapped steering wheel complete with audio controls.

The LTZ gathers all these standards and adds highline items such as perforated leather seating and a segment-exclusive programmable power liftgate. You also get Ultrasonic Rear Parking Assist (available on the 2LT), which uses sensors in the rear bumper to trigger an audio alert when you get too close to stationary objects.

The optional Chevrolet Wi-Fi by Autonet Mobile turns the Equinox into a mobile hotspot for Internet access up to 150 feet away from the vehicle. Available on the LTZ model, the limited Spring Special Package combines a premium Espresso Brown exterior color and 18-inch chrome-clad aluminum wheels.

The engineers at Chevy felt sure they had a winner when they designed the Equinox, and record-breaking sales along with a slew of industry awards certainly validates their confidence. Come enjoy the fruits of their labor with a test drive of the new 2011 Chevy Equinox.