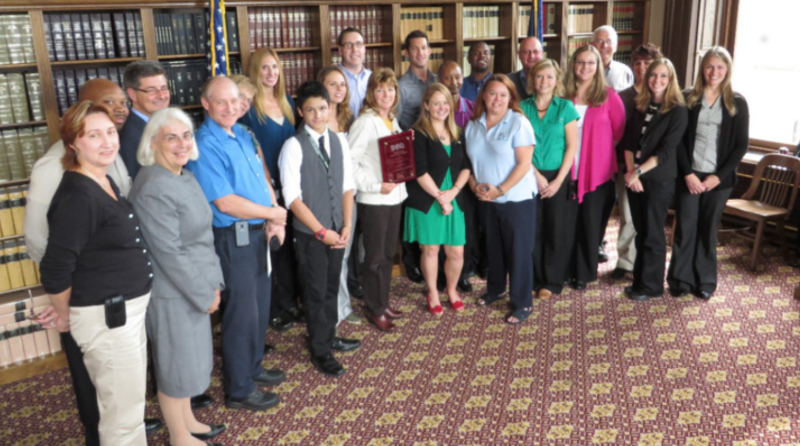 General Motors has received recognition for its environmental and community involvement from the Michigan Department of Environmental Quality.

The Neighborhood Environmental Partner (NEP) award, was given to GM and seven of the company’s assembly plants and manufacturing facilities.

The award encourages companies to work with community neighbors on environmental projects.

The company is a leader in environmental efforts, as this is the seventh straight year that GM has received NEP awards. GM has the most NEP awards granted since the program began in 2005.

“GM is committed to reducing our facilities’ environmental impact while also improving the communities in which we operate.”

These sites have integrated GM’s efforts to reduce the global impact of its operations through energy efficiency, resource preservation, and waste reduction.

The seven sites all participated in GM GREEN, which monitors rivers and watersheds with local students, and celebrated Earth and Arbor Day with tree planting and habitat creation.

Four of the plants actually feature an on-site natural habitat that is certified by the Wildlife Habitat Council. Two plants are completely landfill-free by recycling and reusing all waste from daily operations.

GM has renewed their corporate commitment to reducing waste and energy consumption. The automaker now has more ENERGY STAR compliant facilities than any other group.

General Motors also has fuel-saving technology in their vehicles. For example, the Chevy Malibu is the first car in the U.S. offered with start-stop technology as a standard feature

To be eligible for the awards, GM is also a Clean Corporate Citizen and a member of the Pollution Prevention Partnership.

We have a large inventory of new and used cars, including GM vehicles from Chevy, Buick, GMC, and Cadillac.