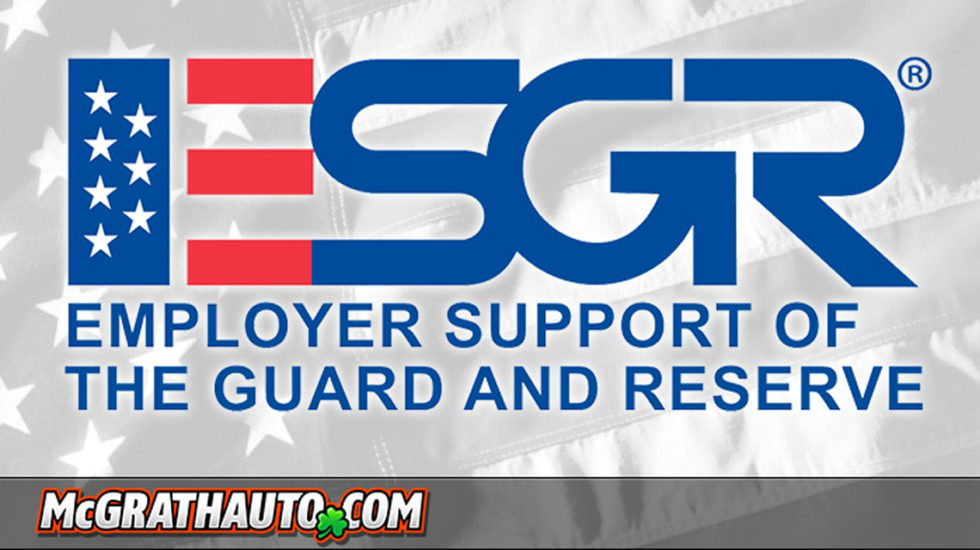 McGrath Automotive Group was nominated for the 2011 Secretary of Defense Employer Support Freedom Award. This is the highest recognition given to employers for exceptional support of their employees serving the Guard and Reserve by the U.S. Government.

The Freedom Award is known to be particularly significant because only members of the National Guard and Reserve or their family members are eligible to nominate their employers for the award. Employers are nominated for many reasons, such as, provided continued benefits, differential pay, family assistance and additional support.

The Iowa Committee for the ESGR announced that 15 of the 74 Iowa nominations came from Area 6 which encompasses the Cedar Rapids/Iowa City area. A national selection board will select up to 15 recipients for this year’s award. The 2011 Freedom Awards will be presented at a ceremony in Washington, D.C., September 17th at the Ronald Reagan Building and International Center.

Thank you to our 6 employees, and all of our troops, for their selflessness in supporting our country!