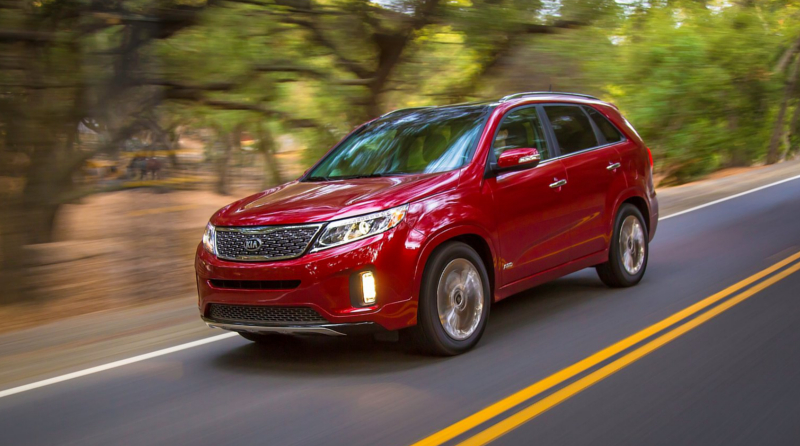 With a redesigned interior and exterior, the Kia Sorento was recognized for excellent scores in front and side testing as well as extrodinary marks in rollover testing.

The 2014 Sorento also holds a Top Safety Pick from the Insurance Institute for Highway Safety.

In addition to the NHTSA 5-Star crash rating, the 2014 Kia Sorento has also earned a Top Safety Pick by the Insurance Institute for Highway Safety.

The Importance of NHTSA’s Safety Tests

Since 1990, the NHTSA, a branch of the federal government, has tested and analyzed car safety in order to better inform drivers and consumers.

The NHTSA implemented an updated scoring system in 2011, which included side pole testing, different sized crash-test dummies, and an analysis of crash avoidance systems.

Along with the IIHS, the NHTSA sets a major benchmark for safety scores and testing.

Redesigned for 2014, the Kia Sorento is bringing more style, more technology, and more excitement to the roads of Cedar Rapids and Iowa City.

The underlying body structure has been improved, resulting in a lighter curb weight that helps the Sorento achieve better fuel-efficiency.

A long list of standard and optional features compliment the Sorento’s driving experience, while the sleek exterior is stylish and functional.

“Earning a 5-Star rating from NHTSA makes the Sorento an even stronger contender within its segment while underscoring Kia’s overall commitment to delivering safety and exceptional value to our customers.”

Kia Cars and SUVs near Cedar Rapids and Iowa City

If you want a stylish, affordable, and safe vehicle, contact McGrath Auto today.

We have a wide selection of vehicles, including the 5-Star safety rated 2014 Kia Sorento.