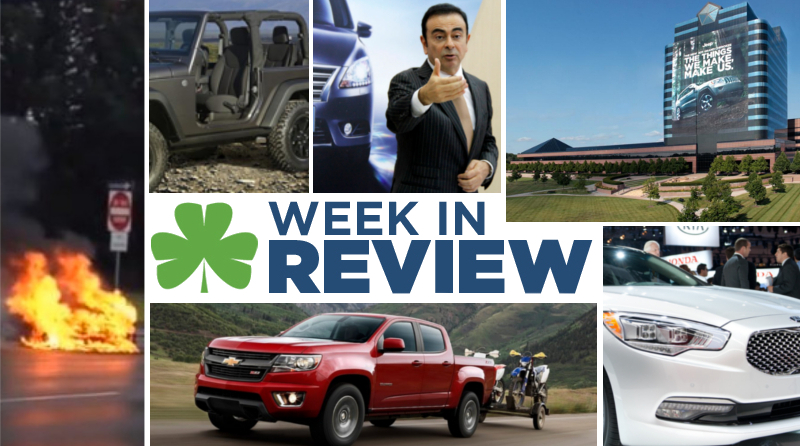 Kia Gets into Rear-wheel Luxury: Kia took the wraps off the Kia K900, a large, powerful, rear-wheel drive luxury sedan that is expected to lift the brand image of Kia and complete with other luxury sedans from Audi, Lexus, Mercedes-Benz, and BMW.

Chrysler Group Gets Nostalgic: The Chrysler Group is releasing three special-edition vehicle celebrating the history and heritage of two popular brands: Dodge and Jeep. A Dodge Challenger and Charger will celebrate the 100th anniversary of the brand while a Jeep Wrangler Willys Wheeler Edition will honor the first Jeep offered to the public.