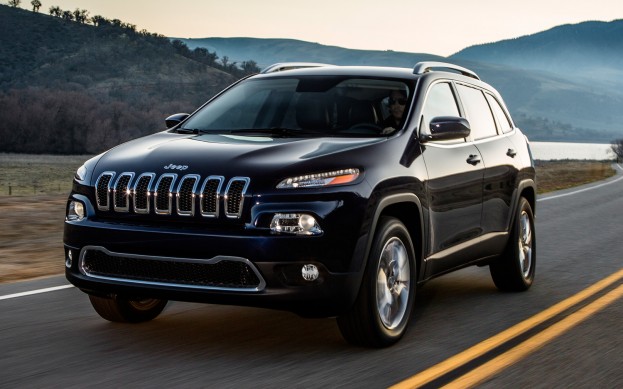 Fuel-efficiency numbers for the 2014 Jeep Cherokee have been released.

Although the exterior design has been debated, there is no argument about the excellent gas consumption in the all-new SUV.

According to EPA estimates, the 2014 Jeep Cherokee will be able to reach as high as 22 city and 31 highway with the 2.4L four-cylinder engine and front-wheel drive.

In the four-cylinder, all-wheel drive Cherokee, drivers will be able to pick up 21 mpg city and 28 highway.

For drivers who want more horsepower and torque, the 3.2L Pentastar V-6 delivers 19 mpg city and 28 mpg city. The all-wheel drive version with the larger engine delivers 19 city and 27 hwy.

Those numbers will give drivers better fuel economy than comparably equipped versions of the Hyundai Tucson, Nissan Rogue, and Volkswagen Tiguan.

Check out the power and fuel-efficiency numbers for the 2014 Jeep Cherokee:

As you can see from the number above, the 2014 Jeep Cherokee is going to be one of the most fuel-efficient SUVs on the road without sacrificing power and capability.

Jeep Cherokee Coming Back After 13 years Off

The Jeep Cherokee was discontinued after 2001 to make room for the Jeep Liberty, as well as allow Jeep to focus on production of the Jeep Grand Cherokee, which was one of the most popular vehicles at the time.

After production ended, however, the Cherokee remained a favorite among off-road and SUV enthusiasts. Jeep discovered a pent-up demand for the nameplate, prompting the automaker to bring the vehicle back for the 2014 model year.

The all-new 2014 Cherokee is already a hotly anticipated vehicle. Due to forecasted demand, Chrysler has added 1,100 jobs to increase production, and when the automaker discovered the chance to improve the vehicle, it put a press event on hold in order to make the change.

If you are looking for a high-quality SUV, contact McGrath Auto today!

We have a large inventory of new and used cars, and do everything possible to make sure you get the right vehicle at the right price!