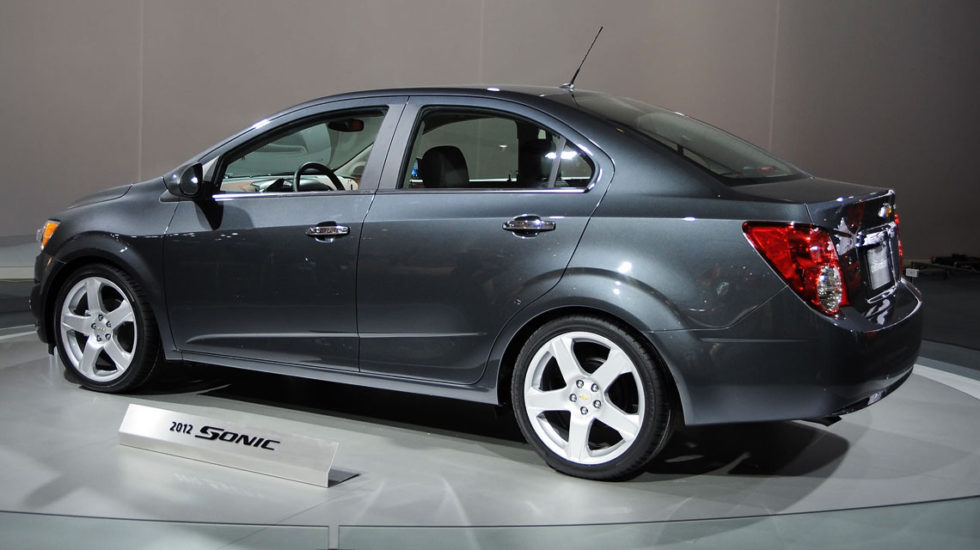 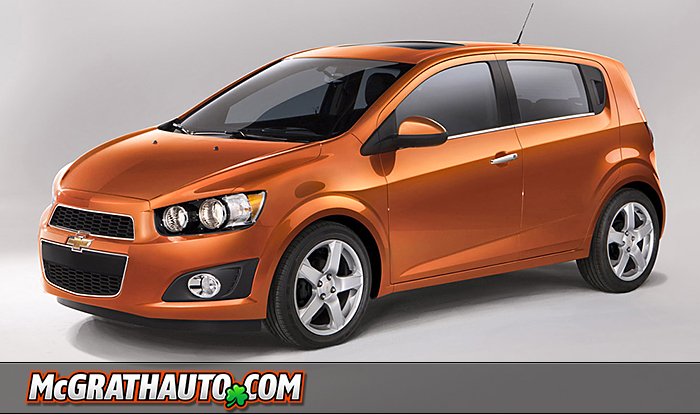 General Motors is set to officially reveal the sub-compact they’ve been promising the market for years today at the 2011 Detroit Auto Show. Laying to rest the wildly unpopular Chevy Aveo is the new 2012 Chevy Sonic. Resembling a scaled down Chevy Cruze, with its sharp lines and classic Chevy front end graphics, the Sonic is a marked upgrade from the Aveo in both style and equipment and is positioned to battle it out with class leaders: Ford’s Fiesta and Honda’s Fit.

The new Chevy Sonic will be available as a five-door hatch back model as well as a four-door sedan with a 135-horsepower 1.8-liter Ecotec four-cyclinder engine, as well as an optional turbocharged 1.4-liter Ecotec outputting 138 horsepower, which bests Fiesta by 18 hp. The turbo 1.4-liter comes with an available five-speed manual gearbox while the 1.8-liter can be paired with either the 5-speed manual or 6-speed automatic transmission.

General Motors also upped the ante by employing the suspension engineers of the Corvette to tune its sporty suspension. Options are set to include everything from 17 inch wheels, standard electronic stability control featuring rollover sensors, OnStar with turn-by-turn navigation, XM radio, a USB port, Bluetooth connectivity, remote start, 10 airbags and a sunroof. The Chevy Sonic is designed to impress both inside and out, sporting one of the slickest, most well-stocked cockpits in its class.

The 2012 Chevrolet Sonic goes into production later this year at GM’s Orion plant in Michigan.