While Chrysler has not made an official statement, the Windsor Star is reporting that the Chrysler Town & Country will be redesigned for the 2016 model year.

The report doesn’t mention production of the Town & Country’s sibling, the Dodge Grand Caravan, leaving experts to assume that Dodge’s minivan will be discontinued.

Many sources, including Auto Guide and Auto Evolution, believe that the Dodge Grand Caravan will be chopped from the automaker’s lineup.

Auto Guide, speculating on the logic of the decision, said that a choice to drop the Grand Caravan makes sense, as more and more people are getting into versatile crossovers and SUVs to meet their family’s needs.

Production of the 2016 Chrysler Town & Country is expected to start in 2015 at the Windsor Assembly Plant.

The Town & Country was #1 in the Minivan segment.

The study from J.D. Power showed that overall quality continues to rise across the automotive spectrum.

What in Store for Dodge’s Future? 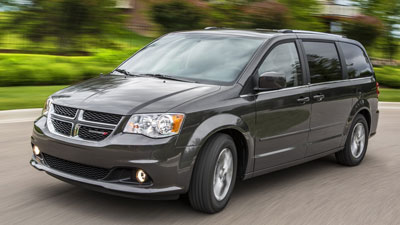 Until the Chrysler Group releases an official statement, the axing of the Grand Caravan is still simply speculation.

Some sources are hypothesizing that the end of the Town & Country is a sing of the end of the Dodge brand, but these reports right now are simply speculation.

Dodge makes highly-regarded vehicles including the Dodge Dart and Dodge Charger, and replacing these vehicles in the Chrysler Group’s portfolio would be a heavy undertaking.

If you have any questions, you can also fill out a Contact Form and we’ll reach out to you with more information.